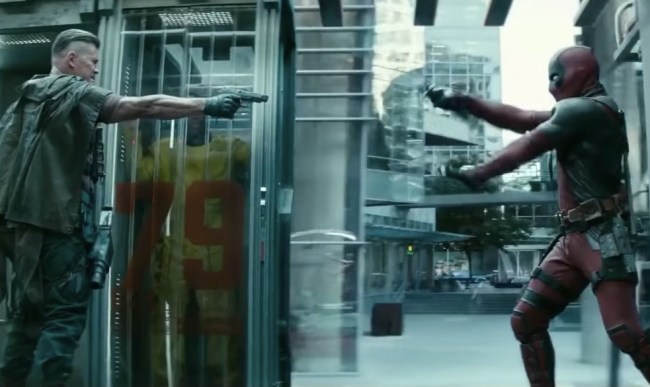 As I like to remind you all every time I write about Deadpool, it’s simply a matter of when he joins the Marvel Cinematic Universe, not if.

Of all the characters Disney acquired in their purchase of 20th Century Fox — such as the X-Men and the Fantastic Four, ever heard of them? — Ryan Reynold’s Deadpool is easily the most ready-made, as the two-film franchise is already one of the most successful in Hollywood (prior to the release of Joker, Deadpool and its sequel were the top two highest-grossing R-rated movies of all-time).

While fans were initially concerned about Disney allowing the franchise to maintain its R-rating, franchise screenwriters Paul Wernick and Rhett Reese have since confirmed that the Mouse House will permit the Merc with a Mouth to remain profane.

So, with the character now Disney-owned and the future of the solo franchise settled, the only questions that remain are A) when and how Deadpool enters the MCU (at this time, an appearance in 2021’s Doctor Strange In The Multiverse of Madness has been rumored) and B) whether or not the character is given his own team-up movie in the form of an X-Force film.

If you ask Deadpool creator Rob Liefeld, though, he doesn’t see either of those topics as questions, as he recently told Variety that he thinks both Deadpool 3 and X-Force are “inevitable.”

“You know, I just hope they can get it together. Fans want it. Fans want to see it. The whole thing about Deadpool is that culture moves so fast now, and two years ago feels like twenty. There were two R-rated movies, and they were R-rated movies, that together made $1.2bn and yes, I looked at those and counted them up. After the first weekend, I called Ryan and said ‘It’s a billion-dollar franchise!’. We were very excited. So I think Deadpool 3, X-Force… inevitable. I mean, come on. Josh Brolin, Ryan Reynolds, and now with Disney. How is that not the biggest thing, right?” [via Variety]

Not to be confused with the X-Men, the X-Force — originally lead by Cable — is “more militant and aggressive” in their pursuit of their enemies. Making their debut in 1991, the X-Force has featured iconic Marvel characters such as Cable, Deadpool, Wolverine, X-23, Nightcrawler, Storm, and others throughout the years.