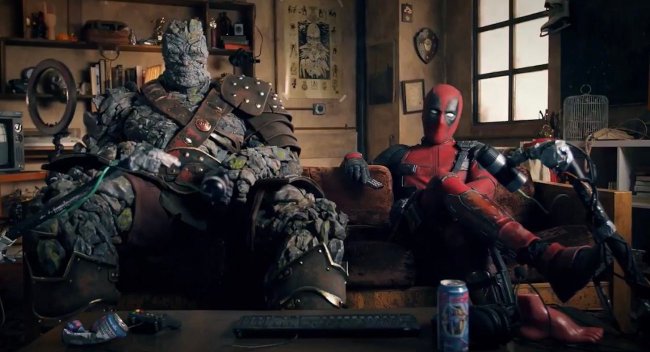 Perhaps fittingly, Ryan Reynolds’ Deadpool has made his “debut” in the Marvel Cinematic Universe appearing alongside Korg of Thor: Ragnarok in an admittedly genius advertisement for the upcoming and long-delayed Free Guy, which will finally hit theaters on August 13.

The trailer, which sees the Merc with a Mouth and Korg reacting to the trailer for Free Guy, is packed with typical Deadpool humor — such as cursing up a storm, taking shots at 21st Century Fox, and referring to Ryan Reynolds as “Canadian Cumberbatch” — that suggests that the character will remain true to its spirit and maintain its R-rating, despite now existing within Disney’s largely kid-friendly MCU.

Deadpool took shots at Fox, called Ryan Reynolds “Canadian Cumberbatch”, and reconfirmed that ‘Deadpool 3’ is happening in the span of about 5 seconds 🤯😂 pic.twitter.com/zuRTIPUGCf

Now, while Deadpool 3 has been confirmed, the film has yet to be given an official release date. We’ll likely have a better idea of when, and how, we can expect Deadpool — and the rest of his former Fox-owned compatriots such as the X-Men and Fantastic Four — to join the Marvel Cinematic Universe following the multiversal shenanigans in Loki(season finale airs tomorrow), Spider-Man: No Way Home (December 17), and Doctor Strange in the Multiverse of Madness (March 22, 2022). Ryan Reynolds’ Deadpool is now arguably one of the most bankable stars that the MCU owns, so it’ll be fascinating to see how they work the inherently crass character into other projects, if at all.