‘Deadpool 2’ Writers Explain Why PG-13 Cut Is Being Released, Reveal New Scenes Have Been Shot 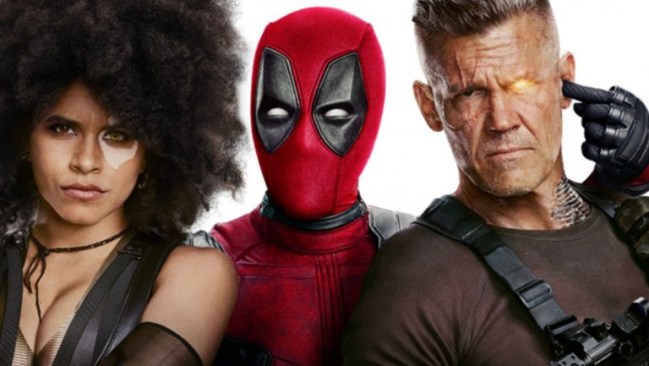 Deadpool 2 is, so far, the sixth highest-grossing film of 2018. At over $734 million, the sequel to the 2016 original is also the third highest-grossing R-rated film of all time behind only The Matrix Reloaded ($742 million) and the first Deadpool movie ($783 million).

However, that will all change when 20th Century Fox releases a new PG-13 version of the movie in December.

So why is Deadpool 2 getting this very unique treatment? Screenwriters Rhett Reese and Paul Wernick recently shared the reasons to CinemaBlend.

“There is that segment of the population who we’ve treated to a great disservice by not letting them see Deadpool, and we’ve sort of driven a wedge between parents and their tweener kids who aren’t quite old enough to see it, and are bitter about it. And parents who were mad that Deadpool is of a certain rating, and that their kids whine all the time about it. So we’re trying to serve that demographic, in particular,” Reese explained.

“But we have introduced, without giving it away — and you’ll probably be able to see it on the internet — we’ve definitely introduced a new framing element to the story, and a new element to the story that will make it highly entertaining for adults to return, as well. That will probably appeal to them more than their children. Again, I’m not… we’re not allowed to talk about it, but if you do a deep dive on the internet, you may sniff it out”

Reese and Wernick also recently told SlashFilm the PG-13 version of Deadpool 2 will feature scenes that did not appear in the R-rated version.

“We definitely shot new stuff. And recently too,” said Wernick. “After Deadpool 2 came out and we were all sitting around, we came to it less about the idea of let’s make a PG-13 movie and more, ‘Let’s talk a little bit about Deadpool.’ We were kicking around some ideas and then I think it was Ryan [Reynolds] who had the great framing device and we all got excited and went to the studio. They said, ‘Yeah, let’s do it. Fire up the cameras.’ About two months ago we were out on soundstages shooting again. Ryan was in the suit and the gang was back together, Dave Leitch and Ryan and us having a great time and laughing. It comes together great so we’re super excited about it.”

But is it going to be “different” enough for adults to want to go see it again?

“I think it’s subversive enough and fun and creative and something that only Deadpool could do,” said Warnick. “So I think it’s going to be a real joy for not only a whole new audience, but also an audience that has seen and loved the Deadpool movies.”

The PG-13 version of Deadpool 2 hits theaters December 21st, while the R-rated “Super Duper &%$#@ Cut” is available on Blu-ray, DVD and Digital.