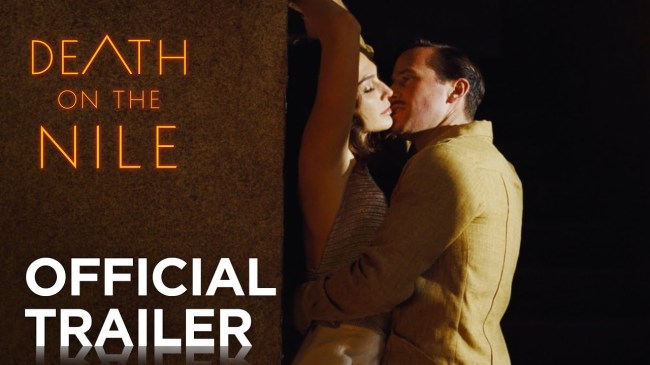 Today, as we continue our look back at the DCEU ahead of DC FanDome, The Post-Credit Podcast released our Wonder Woman episode (Apple | Spotify), which I have since effectively subtitled The Gal Gadot Appreciation Hour. She carries the entire movie, and therefore, the entire DCEU thus far. In fact, on today’s podcast, I argue that had it not been for Gal Gadot, Warner Bros. would have buried the franchise six-feet-under after Justice League and started from scratch a few years down the road.

Still just 35-years-old, Gadot is actually about to somehow achieve a higher level of success, as she not only has at least two more appearances as Wonder Woman to come, but she’s set to star in Netflix’s Red Notice alongside The Rock and Ryan Reynolds (talk about a trio of just fucking massive charisma) and she’s got Death on the Nile due out in October.

The Kenneth Branagh-directed murder mystery sequel to 2017’s Murder on the Orient Express, Death on the Nile features an entirely new cast with Gadot front and center as the film’s primary star. And frankly, if a movie involves Gal Gadot just walking around, looking and talking like Gal Gadot, I’m probably going to go see it.

Now, I know what you’re thinking: how the hell did Murder on the Orient Express, which is a movie I’m willing to bet most of you reading this haven’t even seen, get a sequel? Simple! Because these movies largely take place in one location, they’re relatively cheap to film, as Murder on the Orient Express only cost $55 million to make, which makes its $352 million global box office gross a tidy, efficient profit.

Death on the Nile is currently scheduled to hit theaters in the United States on October 23.

The Post-Credit Podcast Ep. 3: Is ‘Justice League’ The Worst Movie Of All-Time?