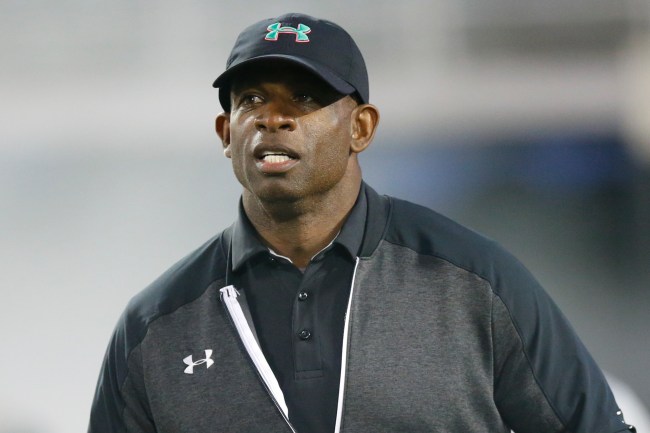 Deion Sanders won his first game as head coach of Jackson State on Sunday but unfortunately, his big day was overshadowed by a bizarre series of events.

After the team’ss game, Sanders told the media that his belongings, including his cell phone and wallet, were stolen from his office.

A sad, bizarre and unfortunate situation. After his first win as Jackson State's head football coach Deion Sanders reveals that his personal items were stolen during the game. pic.twitter.com/S0CyJMN1VW

“How do you think it feels, coming back, teary eyed – the guys just presented me with the game ball, one of the best moments that I’ve ever had in my career – and you notice you don’t have a phone to call your momma, your girl, your kids, because it’s been stolen.”

Minutes later the school told reporters that the items were found and just had been “misplaced.”

In a stunning turn of events, Jackson State officials tell @SINow that Deion Sanders' belongings were not stolen and were only "misplaced" after being moved for "safe keeping."

They have since been recovered and returned to Sanders.

Sanders refuted the school’s explanation of the events and insists that his belongings were stolen.

Naw it was stolen but they got it back. It was stolen out my personal bag in my office and My assistant caught the gentleman in the process of stealing it but she was alone. No Miscommunication my man at all https://t.co/foXTKwqsQC

Whomever putting out the lie that my belongings wasn’t stolen is LYING. My belongings were taken out of a zipped bag in my office and more items were taken as well from my office. We have retrieved them since being reported. My Staff member witnessed the crime. #Truth

Lies. It was stolen because a staff member walked in on the theft being committed but she couldn’t fight a dude off. https://t.co/SByAPPPH1H

A Jackson State spokesperson says the school will no longer comment on the incident involving Deion Sanders' belongings.

And so ends one of the most bizarre coaching debuts in college football history.