Delta Airlines Answers The Burning Question On All Flyers’ Minds: Can Airplanes Handle All Of The Farts? 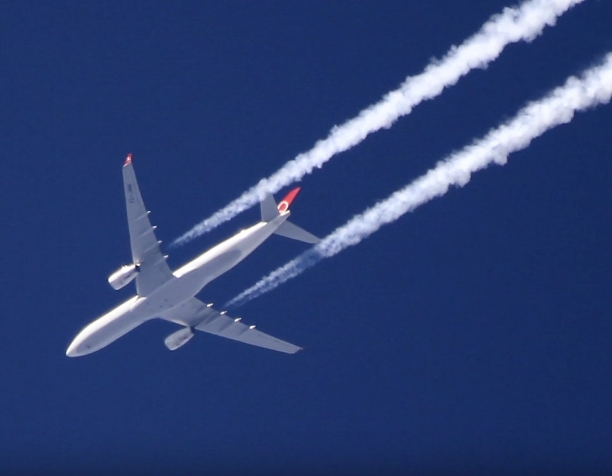 There’s a lot to worry about when flying on an airplane. Will your plane suffer a mechanical malfunction and smash into a mountain at 500 mph? Will your plane be hijacked? Will someone bring an emotional support squirrel on your flight that will eat all of your free nuts? But one frequent flyer has anxiety about another worrisome issue about air travel — farts.

DJ Rankan, a corporate and globe-trotting DJ and event planner, pointed out that “on an average flight there’s 368 liters of fart expelled into the air.” Mr. Rankan was referencing this article in The Sun that delved into how much flatulence would be expelled on a flight from London to Singapore on an Airbus 380 plane that seats 525. On the 12-hour and 50-minute flight, the passengers would release a grand total of 368 liters or 13 cubic feet.

DJ Rankan asked the official Twitter account of Delta Airlines the perspicacious question: “Where do all the farts go on airplanes?” Then the gentleman asked an astute follow-up question: “Please tell me there’s a fart filter for the air somewhere.”

Hello DJ RanKan. I'll be more than happy to investigate the Fart Filter. Give me just a moment to retrieve and review that information. *HPF

Delta Airlines did their due diligence to see if there was indeed a fart filter and where does all that ass gas go. The social media customer service agent for Delta provided a very thorough answer for the malodorous question and even painted a picture detailing how the passengers fart and then the airplane farts out their farts. “These systems actually gradually allow the air to seep out of the cabin, while bringing fresh air back in. So, do we have a ‘Fart Filter’… Not really, we just allow the airplane to fart the human farts out of the aircraft,” the extremely professional and helpful Delta rep named “HPF” replied.

These systems actually gradually allow the air to seep out of the cabin, while bringing fresh air back in. So, do we have a "Fart Filter"… Not really, we just allow the airplane to fart the human farts out of the aircraft… *HPF

So commercial airlines are actually crop dusting all over our heads. Boeing says their planes are capable of removing between 95 and 99 percent of airborne contaminants, including the nastiest of air biscuits. The airplane manufacturer boasts that the air in the cabin is completely refreshed within five minutes.

The Drive has some information on how airplanes deal with all that flatuosity:

Those “packs,” as HPF correctly calls them, send the cooled air into the cabin through the plane’s air-conditioning ducts. It circulates for a while before moving down into the belly of the plane; at that point, about half is released back into the atmosphere through one-way outflow valves. The other half, containing the gas, germs, hopes, and dreams of the souls onboard, cycles through a large multi-stage filter before mixing back in with the external air supply and re-entering the cabin.

Science says that being 30,000 feet in the air makes humans extra fartsy. Jacob Rosenberg, a clinical professor at the University of Copenhagen, said that the low cabin pressure causes gas inside the stomach to expand by 30 percent. The gas needs to go somewhere and better it to go out the backdoor than out the front door.

While the plane can handle all the farts, fellow passengers may not. One flight had to make an emergency landing after one flyer couldn’t stop ripping ass. The passengers on the flight from Dubai to Amsterdam got into a fight with the fearless farter for breaking wind.

Here is a man purposely farting on an airplane. No word on if he started an in-flight brawl for his butt trumpeting.