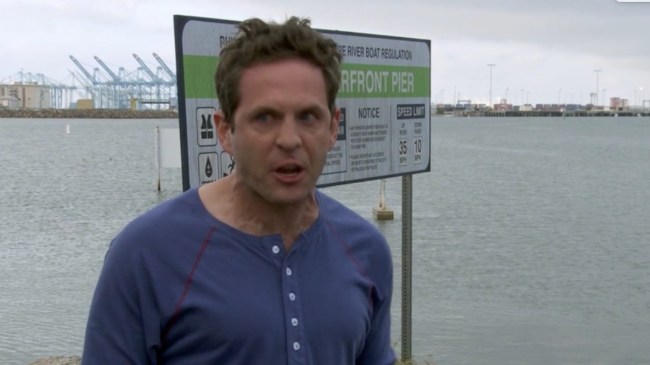 Now entering its 14th season, the humor in It’s Always Sunny In Philadelphia is largely found in the extensive list of running jokes that have been built on top of the plot and these characters since the show first premiered all the way back in 2005.

It’s Always Sunny has been on for so long that these running jokes only become funnier every time they’re mentioned. You know how you can’t stop laughing when you’re kicking it from old friends from high school? The same type of feeling applies to It’s Always Sunny.

But of all the running gags that The Gang has introduced throughout the years, the funniest — and the darkest — of them all is that Dennis is probably, maybe, definitely a serial killer.

Through various rage-filled outbursts and sociopathic soliloquies, It’s Always Sunny has long hinted at the fact that Dennis’ psychopathy is far greater than The Gang realizes.

And ahead of the Season 14 premiere, series creator and star Rob McElhenney discussed just how far they’re willing to take that particularly grim, yet still genuinely hilarious, running gag.

Speaking to Alan Sepinwall of Rolling Stone, McElhenney said that they’re “about as close to it as we all feel comfortable”, as he feels the only reason they’re allowed to get away with it in the first place is that they’ve earned the audience’s trust.

At some point, do you feel you have to more directly confront the question of whether Dennis is a serial killer? Or have you gone as close as you’re comfortable?

“I think we’re about as close to it as we all feel comfortable. We’re probably toeing a line that we have to be really careful about. Again, we recognize, I don’t think you can have Episode One or Season One of a TV series where you can introduce a character like that for laughs.

The audience just isn’t in a place where they feel comfortable enough. It’s like somebody walks into a party, and you’ve never met them, and they walk up to you and tell you a joke. You’re going to get an uncomfortable laugh, but it’s going to feel like a bizarre situation. Whereas someone you’ve known for 10 years tells you the same joke, there’s just more context and you’re more ready to receive it. That’s kind of where we are with these characters.

As long as we stay true to the tone of the show and don’t sell the characters out, the audience will go along with us. Again, because they trust us, and they trust where we’ve taken them before and where we take them in the future.”

Given that he’s been the mastermind behind one of the best television comedies of the 21st century, McElhenney should be given the full benefit of the doubt when it comes to his handling of the show.

As he aptly points out, it’s difficult to land jokes about serial killers — all the humor is in, as Dennis constantly puts it, the implication.