Detectives Describe The Creepy Bedroom Where They Found Michael Jackson, Say He Wasn’t ‘A Man Who Should Have Died’ 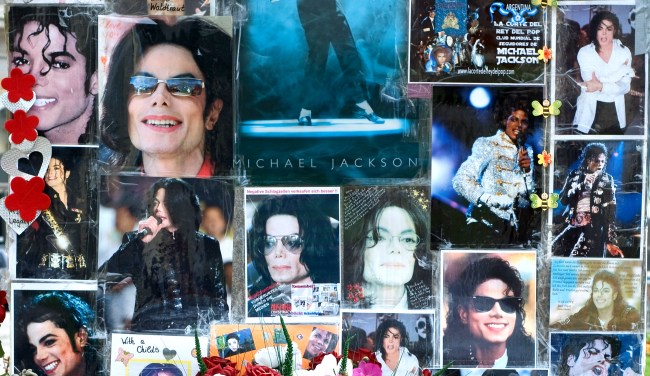 It has now been 10 years (and one day) since pop icon Michael Jackson died at the age of 50 after suffering cardiac arrest due to acute propofol and benzodiazepine intoxication in his rented home in Los Angeles.

And for 10 years, the circumstances and details surrounding Jackson’s death have trickled out bit by bit, creating a confusing and often-changing history of what actually happened on June 25, 2009.

Now, a new documentary called Killing Michael Jackson, which aired in the UK on Saturday, claims to shed new light on the singer’s unexpected death.

The film features the three U.S. detectives, Orlando Martinez, Dan Myers and Scott Smith, who led the original investigation into Jackson’s death, and they paint a grim picture of the singer’s last day.

Detective Martinez said: “There were post-it notes, or pieces of paper taped all over the room and mirrors and doors with little slogans or phrases. I don’t know if they were lyrics or thoughts. Some of them seemed like poems. The bedroom was… it was a mess.”

Entering the room where Dr. [Conrad] Murray treated Jackson, Martinez continues to describe the eerie surroundings: “In the room where he was being treated, it did not seem like a room fit for any type of medical treatment. I mean, it was like a home, makeshift medical suite. It was just bare bones.”

Detective Scott Smith added: “I just remember going in there and there was an IV stand, a saline bag and just various medications strewn about.”

In the film, Martinez also describes what he found in Michael Jackson’s treatment room.

Smith also said in the documentary, “The thing that was odd that I found myself periodically looking at was his head, his scalp. Because whenever he was out in public he was wearing a wig. Looking at his scalp, the top of his head had been severely scarred. Hardly any hair at all on the sides. To what he had looked like in public with the flowing hair, that was a bit different.”

He believes that its possible that when Jackson sustained second degree burns to his scalp in 1984 when his hair caught fire while filming Pepsi commercial, he became addicted to pain killers.

“I’m not defending his use of prescription medicine by any means, but when you experience something like that it kind of opens up the door for painkillers and whatever else that may lead to,” said Smith.

Myers, when discussing Jackson’s autopsy, said, “The initial autopsy didn’t show much. Nothing much that you [would] be shocked a 50-year-old body would have. He was relatively healthy. This isn’t a man who should have died.”

In August 2009, the Los Angeles County Coroner ruled that Jackson’s death was a homicide. Four months later, prosecutors charged Dr. Murray with involuntary manslaughter. He was found guilty and sentenced to four years in prison, serving two, before being released on October 28, 2013.