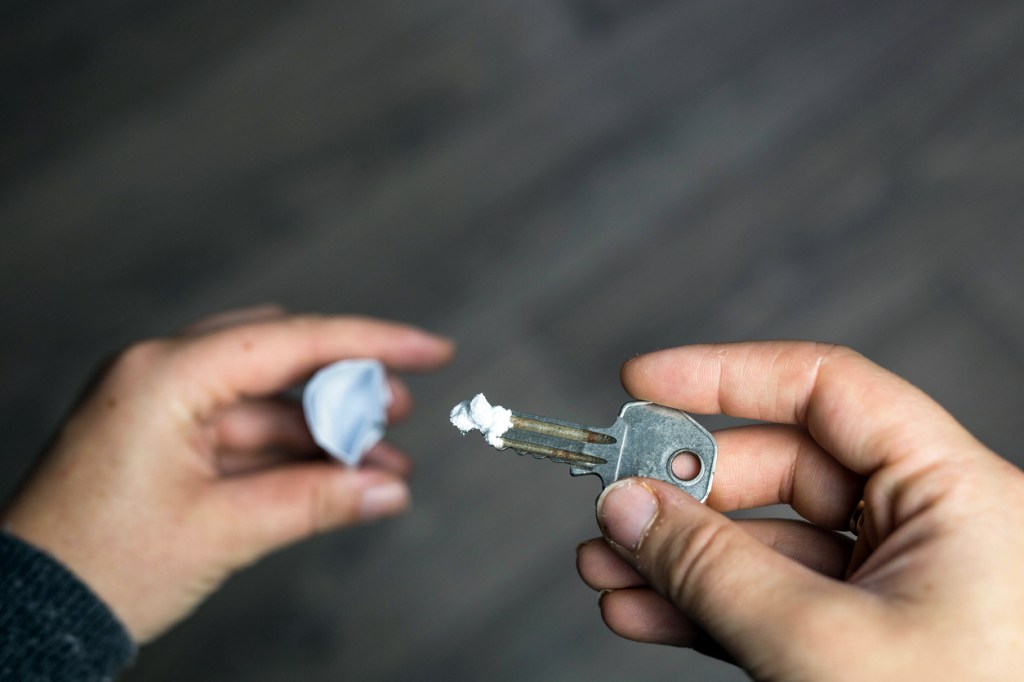 To clear things up, the Merriam-Webster Dictionary hopped on Twitter to share their definition of what a ‘key bump’ refers to in the context of why it was trending. I’ve shared their tweets just below so you can see the official dictionary definition for ‘key bump’ but what I found most funny about this situation is the lock picking community getting involved.

The lock picking community wants everyone to know that ‘Key Bumps’ and ‘Bump Keys’ are very different things. Bump keys are a tool used to pick locks, apparently. I had no idea. But we’re all here to learn, aren’t we?

The Dictionary Defines Key Bumps as…

A ‘bump,’ in this context, may be defined as “a small quantity of an illicit drug when inhaled in powdered form at one time.” We do not enter ‘key bump’ as a fixed phrase, as it has not yet demonstrated wide currency of use.

You may, if you choose, refer to ‘small amounts of drugs sniffed off a key’ as ‘key bumps,’ but there is something you should be aware of…

This use of ‘key’ is what we call an attributive noun; you can read more about it here:https://t.co/2E3OO5UVlQ

Not to be confused with Bump Keys!

Helpfull Definitions:
👉'Bump' Key: a device designed to cause Security Defeat by Wedging of Spring-Loaded pins in Doorlocks, etc..
see: "Lockpick".
👉Key Bump: the bashing noise a keychain makes against a steering column when used in the Ignition of a Get-away vehicle.

Also, I learned the important difference between “key bump” and “bump key” which are both used for very different illicit activities

I can’t tell you where I first heard the term ‘key bumps’ because I honestly don’t remember. I thought it was Jenny in Forrest Gump but I looked it up and that’s not right. Then I thought maybe it was Uma Thurman in Pulp Fiction but she used a dollar bill. Either way, I’m pretty sure I learned about it from pop culture at some point in my life.

So weird—you can buy a bump key but you cannot possess one (unless you’re a licensed locksmith). Talk about room for entrapment.

How To Use A Bump Key

A ‘bump key’ is a device used to break open spring locks. I’m not sure it’s a term I’ve heard before. Bump keys are using in ‘lock bumping’ which is a specific type of lock picking for opening a ‘pin tumbler lock’. When people talk about bump keys being used in illicit activities it’s because lock bumping is often used in burglaries and doesn’t leave any sign of forced entry (like breaking a window). You can read up on ‘lock bumping’ here if you are interested in that.

There’s also this video on how to use a bump key, for anyone who wants to learn more:

Is there any overlap between Key Bumps and Bump Keys?

I don’t have any concrete evidence that anyone has ever used a bump key to do key bumps. But with that said, I’d be willing to bet the farm that someone throughout history has done it. It’s a joke that writes itself and surely someone with a bump key at some point was like ‘you know what we should do with this cocaine in front of us? Some bump key key bumps…’