The Director Of ‘Die Hard’ Has Finally Put The ‘Is It A Christmas Movie?’ Debate To Rest 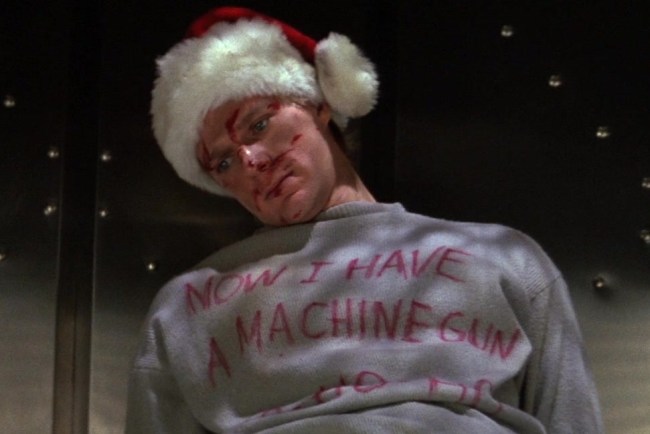 There is nothing people on the internet enjoy more than getting way too invested in incredibly inconsequential debates, whether it involves engaging in heated arguments concerning whether or not a hot dog is a sandwich (it isn’t) or taking part in back-and-forths that somehow result in someone getting compared to Hitler because they don’t know how to correctly pronounce “GIF” (it’s with a hard “G” regardless of what the man who created it would lead you to believe).

Everyone knows there’s nothing more dishonorable than admitting you were wrong about something online, and even though these disputes have raged for years on end, they’re still capable of sparking some impressively contentious exchanges among people who refuse to give up any ground on the hill they’re willing to die on.

Whenever the Christmas season rolls around, you can be damn sure it’s only a matter of time until you come across a spirited discussion concerning what seems like a pretty clear-cut question: Is Die Hard a Christmas movie?

I have no idea why this is the case, as unlike, say, Trading Places or Batman Returns, I don’t understand how anyone could argue the 1988 action classic shouldn’t be classified as one based on all of the references to the holiday, whether it’s Run-D.M.C.’s “Christmas In Hollis” blaring during the limo ride, John McClane throwing a Santa hat on a dead terrorist, or people snorting blow and banging on desks during the office party, which is a Christmas tradition like any other.

However, if I can’t convince you, there’s another person who might be able to: the guy who directed the damn movie. During a recent discussion with the American Film Institute, John McTiernan was kind enough to put this debate to rest once and for all over the course of a 12-minute discussion where he goes on an absurd number of tangents before confirming what should be obvious: Yes, Die Hard is a Christmas movie.

Is it hypocritical for me to discount the opinion of the guy who created GIFs while taking the director’s word as gospel? No, because that dude is objectively wrong and McTiernan’s answer doesn’t clash with my worldview, which is really all that matters in the end.