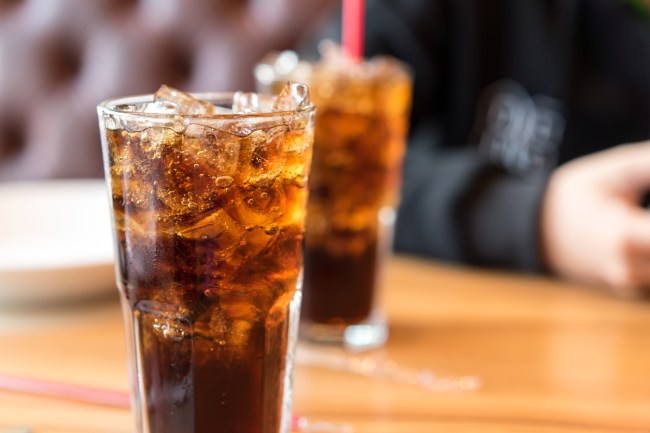 I had a Coca-Cola with a plate of drunken noodles this past Friday for dinner and I forgot how amazing it tastes right when it hits your lips. No wonder my Aunt Cheryl is addicted to it and her teeth look like rectangular cardboard boxes.

Who needs a smile when you have eternal happiness?

If Aunt Cheryl’s way of living is wrong, then I don’t want to be right.

Big Cola knew that they’d eventually need to come out with an alternative with fewer calories and less sugar to quell concerns over the original’s health detriments and in the 1960s released diet cola. But diet cola has its own demons, and many have questioned its presumed health benefits.

Business Insider determined that when we drink diet soda, the sweetness tricks our body into thinking it’s real sugar. So, the body expects to receive calories so the insulin produced from the pancreas has something to store for energy. But, when those calories don’t come, the insulin has nothing to store, and our body is essentially tricked.

Scientists think that repeatedly tricking our body this way could explain why study after study keeps finding the same thing: that drinking diet soda is associated with metabolic syndrome. Metabolic syndrome is a mix of conditions that includes: increased blood pressure, high blood sugar, and weight gain. Which can increase the risk of diabetes, heart disease, and stroke.

Are you thirsty for more?

In fact, one study found that diet soda drinkers had a higher risk of stroke and dementia than regular soda drinkers. And for another 8-year-long study between 1979-1988, participants who started out at a normal weight and drank an average of 21 diet beverages a week faced DOUBLE the risk of becoming overweight or obese by the end of the study, compared to people who avoided diet beverages completely.

To add insult to injury, artificial sweeteners in diet sodas can be tens to hundreds of times sweeter than sugar, so our brains think we’re getting more calories than what we give it, thus leaving our brains wanting more. This can lead to increased appetite and possible weight gain.

Of course, some people can overcome that false sense of “sweet,” but that still leaves all the increased risk of diabetes, heart disease, and stroke.

So I guess the moral of the story is: Don’t deceive your body. Don’t do anything half-assed. If you’re going to drink soda, do it right.