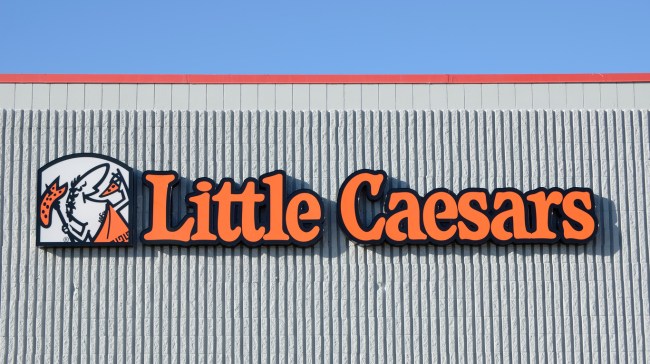 After Papa John’s founder, John Schattner, is testifying in court after allegedly using the n-word “in reference to Kanye West,” all Little Caesars had to do was just continue to be sub-par enough not to make headlines to get a leg up in the pizza game. But, Little Caesars gon’ Little Caesar. The pizza chain may lose its title as the third biggest pizza chain in the United States after committing the industry’s most deadly sin: Pizza Adultery.

Little Caesars is investigating one of its chains after a video on social media showed a cart full of DiGiorno’s pizzas behind the counter, implying employees were tossing DiGiorno’s in the oven rather than its own pizzas. Twitter user @vinandwesson shared the video, which had gone mega-viral, causing both DiGiorno’s and Little Caesars to weigh in.

What you are about to watch will be referred to by future generations as #PizzaGate.

this can’t be happening right in front of me pic.twitter.com/9R7jwuUbB6

the only little caesars I wanna go to https://t.co/PlaA5Awkuf

We if we told you that…

We have no idea what’s going on. All we know is that we’ve watched this no less than 128 times. https://t.co/sDxiwKsp6t

Little Caesars sat quiet for a couple days, probably wading in full crisis mode, before offering up an attempt at humor.

After an investigation, Little Caesars said in a statement to People that the location in question runs out of a Kmart.

“On that day, K-Mart received a few complaints from customers about having purchased expired DiGiorno pizzas from that location, and because it was so close to closing time, the K-Mart manager directed his employee to temporarily store them in a cooler adjacent to the Little Caesars location for disposal in the morning.”

I have no reason to believe that the Little Caesars representative isn’t telling the truth, but I choose to classify this as a case of stolen valor.