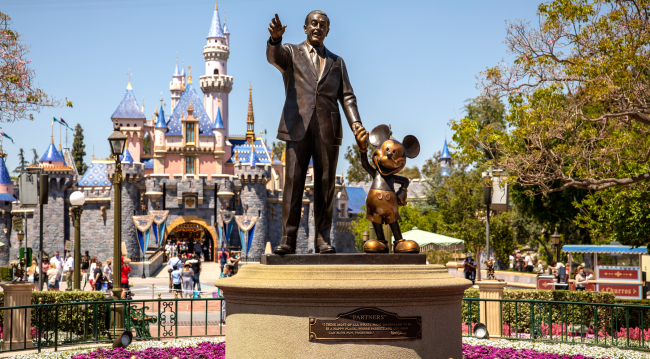 Disneyland in Anaheim, California will be opening its new Avengers Campus at Disney California Adventure Park on June 4th and when it does there will be a giant, new $100 Ant-Man-themed sandwich waiting there for the park’s guests.

Called the “Quantum-sized Pym-ini Sandwich,” it is being billed as one of the most expensive sandwiches in the world.

The sandwich, inspired by Pym Particles, will be offered at the Pym Test Kitchen which will be based on Ant-Man and its characters Hank Pym and Janet van Dyne.

And while the Ant-Man-themed sandwich is big enough for the Hulk it is actually intended to serve 6 to 8 people. (Though there will surely be more than one person who tries to see if they can finish the whole thing by himself. Coming soon to TikTok. For the rest of us they will be offering a standard size Pynm-ini for $14.50.)

“Disney has been moving towards Instagram-ready food for quite some time,” Len Testa, president of travel website Touring Plans told MarketWatch. “Take a look at any of their snack offerings and you can see what the kitchen thinks “looks good” is at least as important as taste.”

Other Pym Particle affected items on the menu will include a giant plant-based meatball in a giant spoon called the Impossible Spoonful for $14 and a Caesar Salad and Colossal Crouton for $12.50.

Feast your eyes on the big and small bites you can eat at Pym Test Kitchen and Pym Tasting Lab in Avengers Campus, opening June 4 inside #DisneyCaliforniaAdventure at @disneyland! 👀 Read more here: https://t.co/rDazd78b3b pic.twitter.com/jpe0BMT69g

“Superheroes don’t normally open restaurants, but what they would do is use their technology to help the world,” she said.

“So that’s the story of our Pym Test Kitchen,” Imagineering staff writer Jillian Pagan told People. “In our story, they are using their shrinking and growing technology to create new innovations in food science because, of course, you can feed more people if you can run a normal sized pretzel through this quantum tunnel machine, hit it with some Pym particles and make it grow to a giant size. Our food and beverage team has done an amazing job at extending that storytelling to the food, so you will be able to actually purchase a giant pretzel.”