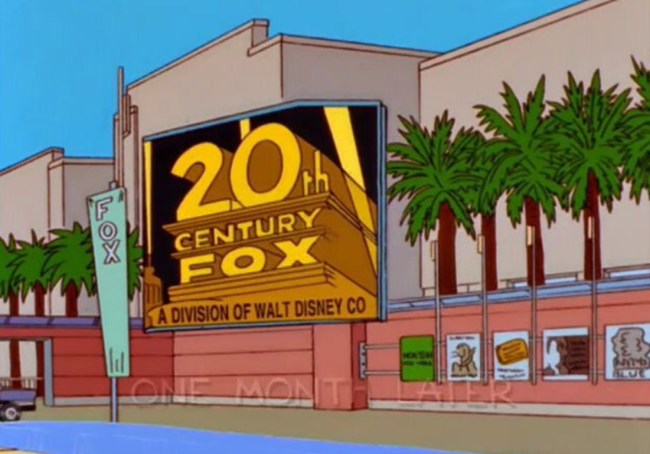 Disney is buying most of 21st Century Fox for $52.4 billion, in a landmark deal that will absolutely change the landscape of movies, TV, and sports coverage. In a call with investors and analysts, Disney chief Bob Iger said this of the massive acquisition, “Bringing Disney and Fox together will combine some of the world’s most iconic entertainment franchises.” In a press release, the company said, “Disney will be able to offer more ways than ever before to bring kids and families the world and all that is in it.” Meanwhile, Fox’s Murdoch family will streamline their company and depart from the entertainment industry to focus more on news, business, and sports.

The behemoth transaction will include 21st Century Fox’s film and television studios, cable entertainment networks, and international TV businesses. In the mega-deal, Disney will get some valuable properties including some Marvel superheroes that Fox had owned. The $52.4 all-stock sale “provides Disney with the opportunity to reunite the X-Men, Fantastic Four, and Deadpool with the Marvel family under one roof and create richer, more complex worlds of inter-related characters and stories that audiences have shown they love.” Before Disney bought Marvel in 2009, the comic book giant sold the rights of several popular characters to Fox and other studios. Fox still has three X-Men films in various stages of post-production and set for release in 2018, so this part is not immediate. Ryan Reynolds AKA Deadpool and Chris Evans AKA Captain America weighed in on the possibilities of their characters being owned by the mighty mouse monopoly.

So who do I talk to about a Cap/Human Torch buddy comedy spin-off? I’m thinking Planes, Trains and Automobiles meets Parent Trap. https://t.co/3KRPZOVzq2

The colossal sale not only unifies the Marvel universe, but also unifies the Star Wars universe. When Disney bought Lucasfilm in 2012 for $4 billion, Disney purchased the rights to all of the Star Wars movies except the original Jedi movie from 1977, which was owned by Fox up until now. Disney also snatched up Avatar and the next four sequels of the James Cameron sci-fi flick. Disney now has control of notable film franchises such as Die Hard, Kingsman, and Planet of the Apes. Basically, Disney now owns your childhood.

Disney's four largest acquisitions in the past decade:

Disney also acquires FX Networks and National Geographic. Disney now also owns It’s Always Sunny in Philadelphia, American Horror Story, Family Guy and The Simpsons, which coincidentally predicted that it would be owned by the Mickey Mouse company a long time ago. In a Simpsons episode that first aired on November 8, 1998, the animated TV show predicted that Disney would own 21st Century Fox, which is just one of the many things that The Simpsons predicted.

Disney announces it has reached a deal to acquire 21st Century Fox, as predicted by a Simpsons episode that first aired on November 8, 1998. pic.twitter.com/kzloJQHeM8

With all of the new properties, Disney is armed with a treasure trove of content to load up on their upcoming streaming networks. Disney will yank all of their content from Netflix in 2019. Disney also bought all of Fox’s interests in Hulu.