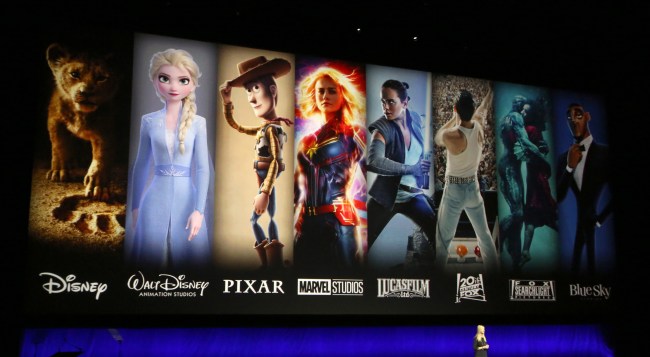 On Thursday, The Walt Disney Company finally revealed some specific details about its upcoming streaming service, Disney+ including the launch date, pricing, and programming.

Set to launch on November 12th in the U.S., Disney+ will be available to stream for a monthly subscription fee of $6.99, or a discounted rate of $69.99 annually.

As expected, Disney+ will basically be your one-stop shop for all of Disney’s franchises including Star Wars, Marvel, Pixar, Fox shows like The Simpsons and Malcolm in the Middle, National Geographic shows, and all of it’s classic animated movies like Cinderella, Beauty and the Beast, and Snow White and the Seven Dwarves.

It all starts on November 12. For more info: https://t.co/RD04P7jdAT #DisneyPlus pic.twitter.com/M1QI7qkH5p

Disney+ will also be the home of a plethora of new content including documentaries, shorts, original films such as Togo, Noelle and a live-action Lady and the Tramp, the first ever live-action Star Wars series The Mandalorian, and mini-series involving Marvel Cinematic Universe characters that are unlikely to get their own standalone movies.

Disney+ is also reportedly in the process of developing a show about Clint Barton, aka Hawkeye, starring Jeremy Renner, in which he passes the torch to another Marvel character who plays the archer, Kate Bishop.

Thrilled to share a first look at Disney+ with you! pic.twitter.com/iiqjFjaNra

Marvel Cinematic Universe films that will be available on the platform at launch include Captain Marvel, Iron Man, Iron Man 3, Thor: Dark World, Black Panther, Ant-Man and the Wasp, and Thor: Ragnarok. The rest of the MCU films are expected move to Disney+ when Disney’s contract with Netflix expires at the end of 2019.

Disney chairman of direct-to-consumer and international, Kevin Mayer, also indicated that Disney is likely to bundle Disney+ with its other streaming services, Hulu and ESPN+, at a discounted price.