Ever Wonder What Happened To The Five Sons On ‘Malcolm In The Middle’? Here’s Your Answer 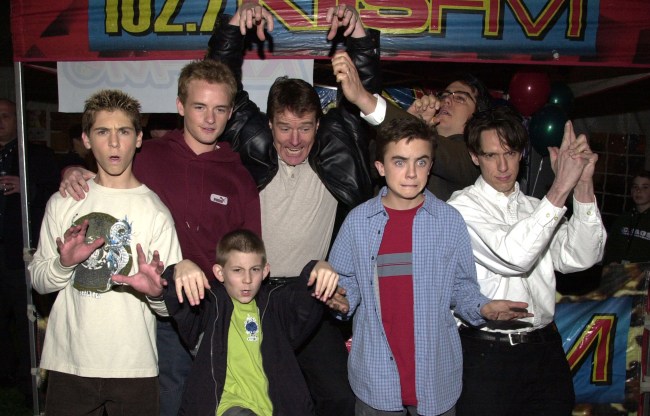 For many of us, the first time we ever saw Bryan Cranston do any acting was on the sitcom Malcolm in the Middle.

For seven years, from 2000 to 2006, Hal (Cranston), Lois (Jane Kaczmarek), Malcolm (Frankie Muniz), and the rest of their dysfunctional family were a staple of Sunday night programming on Fox.

The show also starred Christopher Masterson as Francis – Hal and Lois’ oldest son, Justin Berfield as Reese – son number two, Erik Per Sullivan as Dewey – the youngest, until… twins James and Lukas Rodriguez came along in season four to play the baby Jamie.

Since the show went off the air, only one of the five kids went on to have much success as an actor post-Malcolm, and that was Malcolm himself, Frankie Muniz.

With an Emmy nomination and two Golden Globe nominations already under his belt, Muniz, now 33, acted in more than three dozen movies and TV shows and most recently was the host of Dancing with the Stars: Juniors, which I guess is a thing.

You guys have no idea how much I loved hosting @dwtsjuniors ! I can't believe the finale is tonight… I hope we get to do this again, but tune in to see who the first ever CHAMP is on ABC!

Masterson, now 39, the younger brother of Danny Masterson of That 70’s Show fame, appeared in a handful of nondescript movies and a few TV shows, but is now best known as a disc jockey.

Do you know what the secret to life is? This… — Your finger??

Berfield, who is actually younger than Muniz by about three months, who had success as an actor prior to Malcolm, starring in the WB sitcom Unhappily Ever After, also did a little more acting after the show went off the air, but none of the roles were anything to shout about. Now he is Chief Creative Officer of Virgin Produced, a film and television development, packaging, and production company.

Fun day celebrating my partner @richardbranson Star on the Hollywood Walk of Fame!

Sullivan, now 27, also appeared in a few more TV shows and movies, but basically his acting career ended when Malcolm ended. He ended up attending USC from 2009 to 2010 and worked with Berfield in a behind-the-scenes capacity on a film in 2016. Other than that, he’s been very quiet.

As for the Rodriguez twins, Lukas and James have only one acting credit since playing Jamie, “Sick Child” on Without a Trace in 2009.

First time the whole Malcolm gang was together in over 6 years!

Previously in “Where are they now?”
• Little League legend Mo’ne Davis
• The creepy girl from The Ring movie
• The “Overly Attached Girlfriend”
• The little blonde girl who played Eminem’s sister in 8 Mile