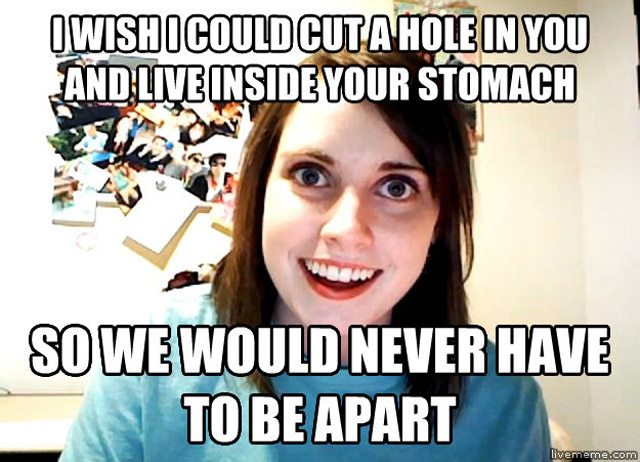 Way back in 2012 a girl named Laina Morris entered a contest being held by Justin Bieber for his new fragrance “Girlfriend.” She didn’t win the contest, but she definitely got more out of it than whoever the heck did win.

That’s because thanks to Reddit (of course) a screenshot of her video was turned into the everlasting meme called “Overly Attached Girlfriend.”

Now, five years later, thanks to a recent article by The Daily Dot, we now know what Morris has been up to since becoming one of the most famous memes of all time.

Morris wasn’t what you’d call a Belieber. She was more intrigued by the singer’s origin story — how he’d been accidentally discovered on YouTube and then mentored by Usher — than she was his music. Besides, wouldn’t it be creepy for a 20-year-old college student to be super into a barely legal Canadian pop star?

So what has Morris been doing for the last five years? Several of you may already know because she’s become something of a YouTube star with over 1.2 million followers. Just four months after the “Overly Attached Girlfriend” meme went viral Morris dropped out of the University of North Texas to pursue making YouTube videos.

Some of you may even recall an appearance that Morris made on Late Night with Jimmy Fallon back in 2013, playing, you guessed it, an overly attached girlfriend. 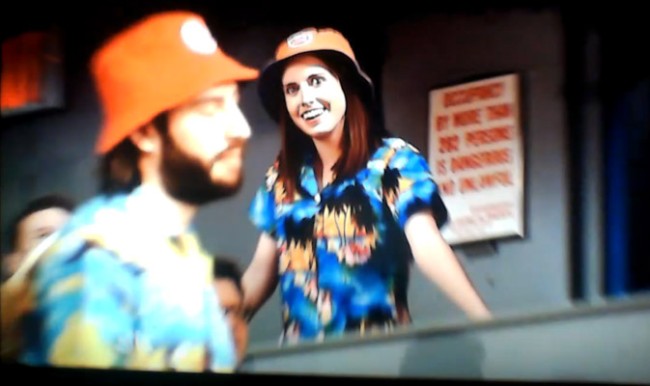 However, despite being known for being “overly attached” Morris says that’s not really who she is…

Morris was six months into a relationship when she became Overly Attached Girlfriend, and remains healthily attached to the same guy four years later. “I’m lucky that I haven’t had to date someone new since the meme.” When asked what it would be like to put her famous face on Tinder, she laughs, “Oh, I’d milk that for all it’s worth!”

HAPPY VALENTINE'S DAY! ❤️ If you haven't seen it, there's a new Valentine's Day video up on my channel. 😍

The new #TaylorSwift music video is so hashtag relatable.

So there you have it. Turns out that she’s really just a pretty normal person.

“I feel very detached from the meme, to be honest,” Morris says. “I see it and think, ‘Oh, that’s Overly Attached Girlfriend.’ It’s not me.”

I know I abandoned the vlog channel, but make sure you're subscribbled because I'm unabandoning very very soon 💃🏻 youtube.com/lifewithlaina

Weekly videos are back again starting next Thursday! 🎉

For more fascinating facts about Laina check out her story on The Daily Dot and Refinery29.