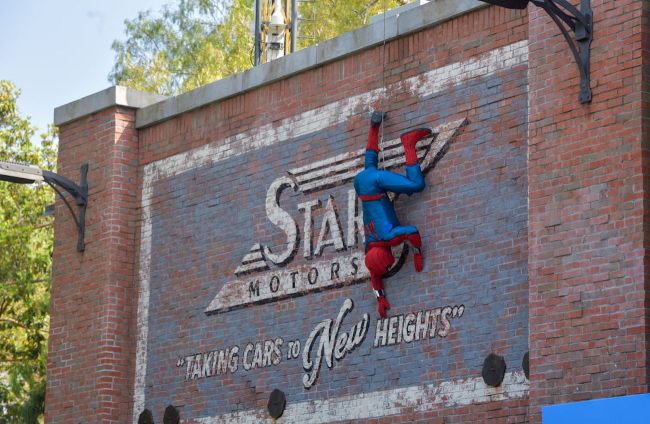 After it was originally supposed to open last July, Avengers Campus at Disney California Adventure Park will finally and officially open its doors to eager fans on Friday, June 4.

Ahead of Friday’s official opening, Disney hosted an Avengers Campus Opening ceremony, which saw the Mouse House unveil many of the features that the park will boast, such as the new Guardians of the Galaxy – Mission Breakout! ride, the Doctor Strange: Journey into the Mystic Arts show, their Pym Test Kitchen restaurant, and coolest of all, their fully animatronic Spider-Man that’s able to swing and do flips and all sorts of other Spidey stunts.

“We had 70 years to pull from and 23 films,” said Scot Drake, a portfolio creative director for Imagineering. “This has been a global storytelling effort,” Drake said. “Not only do we get spider-bots getting loose… soon we’ll be opening Marvel Adventures in Paris and more at Anaheim.”

Of all the reasons in the world to have a kid, the ability to go to Disneyland/Disneyworld without looking like a creep has to be near the top (I’m only half kidding). My apologies to all the fully grown adults out there who visit Disneyland on their own — it’s simply just not for me. A couple of years ago, while down at the Daytona 500, I took a trip up to Harry Potter World at Universal Studios with an ex-girlfriend and it was absolutely electric. Got wayyyy drunker on Butter Beer than I should have. I even berated the goblins at Gringotts. The point being, though, is that was the first and last time I visit a theme park without having a kid of my own to share the experience with.

RELATED: ‘Wedding Crashers’ Director Reveals His Plans For What A Sequel Would Look Like