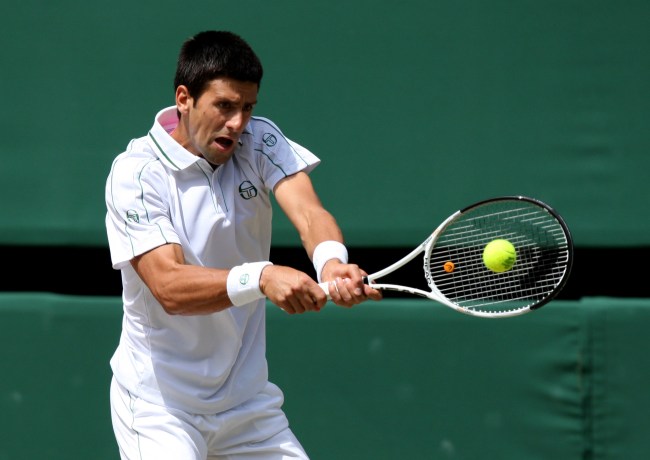 World No. 1 Novak Djokovic has issued an open letter to Australian Open tournament director Craig Tiley with a list of demands for the growing number of tennis players forced into mandatory quarantine for 14 days. https://t.co/NORy8lDFmX

Proposals reportedly made by Novak Djokovic to #ausopen boss Craig Tiley for players, in particular those in isolation.

Points 3 to 6 have zero chance of happening. Absolutely none.

"I know that there's been a bit of chatter from a number of (tennis) players about the rules. The rules apply to them as they apply to everybody else and they were all briefed on that before they came … There's no special treatment here," Premier Daniel Andrews says.

After nine months of dealing with the Coronavirus, the world has become fascinated with the following question: do professional athletes deserve special treatment when it comes to COVID?

Last week, Charles Barkley caused a fuss when he said that NBA players should get the vaccine before normal people because they pay more in taxes. And while I don’t necessarily agree with the taxes justification, I do think that NBA players should get preferential vaccine placement—if only because we the people rely heavily on athletes for entertainment, and to lose basketball (or football, or any sport again) would just make life a lot worse for us normal citizens. Let’s call it a happiness waiver.

Meanwhile, Novak Djokovic—arguably the world’s most famous anti-vaxxer—has taken some major body shots at the hands of the Coronavirus. Not only were his anti-vax views highlighted for all to scoff at, he then came down with COVID himself after ignoring social-distancing guidelines and attending a party. And now, Novak has asked for changes in the restrictions tennis players face upon arriving in Australia in the leadup to the Australian Open, which begins February 8th. Let’s highlight some of his grievances:

-Better food for the athletes

Yeah, that’s fair. These people are superheroes. They need special sauce. Plus, those Australian tennis courts get hot as hell this time of year. This seems reasonable.

Given Australia’s strict (and effective) attitude towards COVID, this ain’t gonna fly. What do you think this is, The Ultimate Fighter? Just enjoy your two weeks in your air conditioned hotel room, Novak. Don’t worry about training so much. None of the other players is training either. You’re all in the same boat. Binge Peaky Blinders, order room service, and realize that God has given you the green light to slow it down for two weeks. Embrace the occupation.

We understand Novak’s frustration, given that he’s already had it and it’s unlikely that people contract COVID again. But nobody is going to feel sorry for him given his previously stated views on the disease.