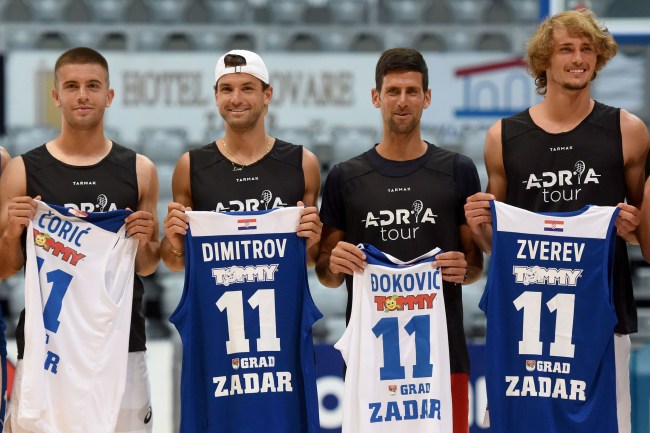 The world’s #1 ranked tennis player, Novak Djokovic, has tested positive for coronavirus after a controversial tennis exhibition event where he ignored social distancing recommendations and partied it up in the club (days before the event) as if there wasn’t a deadly pandemic still taking place all around us.

The outspoken anti-vaxx Novak Djokovic participated in a Balkan exhibition and just days before the event he was seen ‘half-naked in a Belgrade nightclub’ according to the DailyMail. In addition to tennis, the athletes played football and basketball and were in the closest of proximity to others.

Yesterday, it was reported that four people who attended his event had already tested positive for COVID-19 but Novak Djokovic reportedly left without getting tested because he said he didn’t feel any symptoms, according to Telegraph Sport.

Alas, he did get tested and it’s now being reported that he has tested positive for coronavirus.

BREAKING: World no.1 Novak Djokovic has tested positive for coronavirus.

Djokovic celebrated the end of his successful ❤️charity tennis tournament in Serbia by hitting up a cabaret club in Belgrade alongside Thiem, Zverev and Dimitrov. 🥳
The quarter got loose on the stage as they danced topless…https://t.co/ukt7c5nNsM

I think on-court #Djokovic has many times been treated unfairly by unsporting fans, and the media has at times mischaracterized his personality and talents.

But holding Adria tour amidst a pandemic was a terrible idea, and this time around its justified:https://t.co/evP2rFIKlf

The DailyMail was quick to the scoop here:

World No 33 Borna Coric joined Grigor Dimitrov in having the disease confirmed on Monday, along with two support staff, including the world No 1’s physio.

These two events of the Balkan exhibition series stubbornly refused to make concessions to social distancing and players were seen cavorting half-naked in a Belgrade nightclub. (via)

The statement released says he was tested immediately upon arrival in Belgrade, along with his family. Both he and his wife are reported to have tested positive while their children tested negative. He says he will now isolate for 14 days and be tested again five days from now. 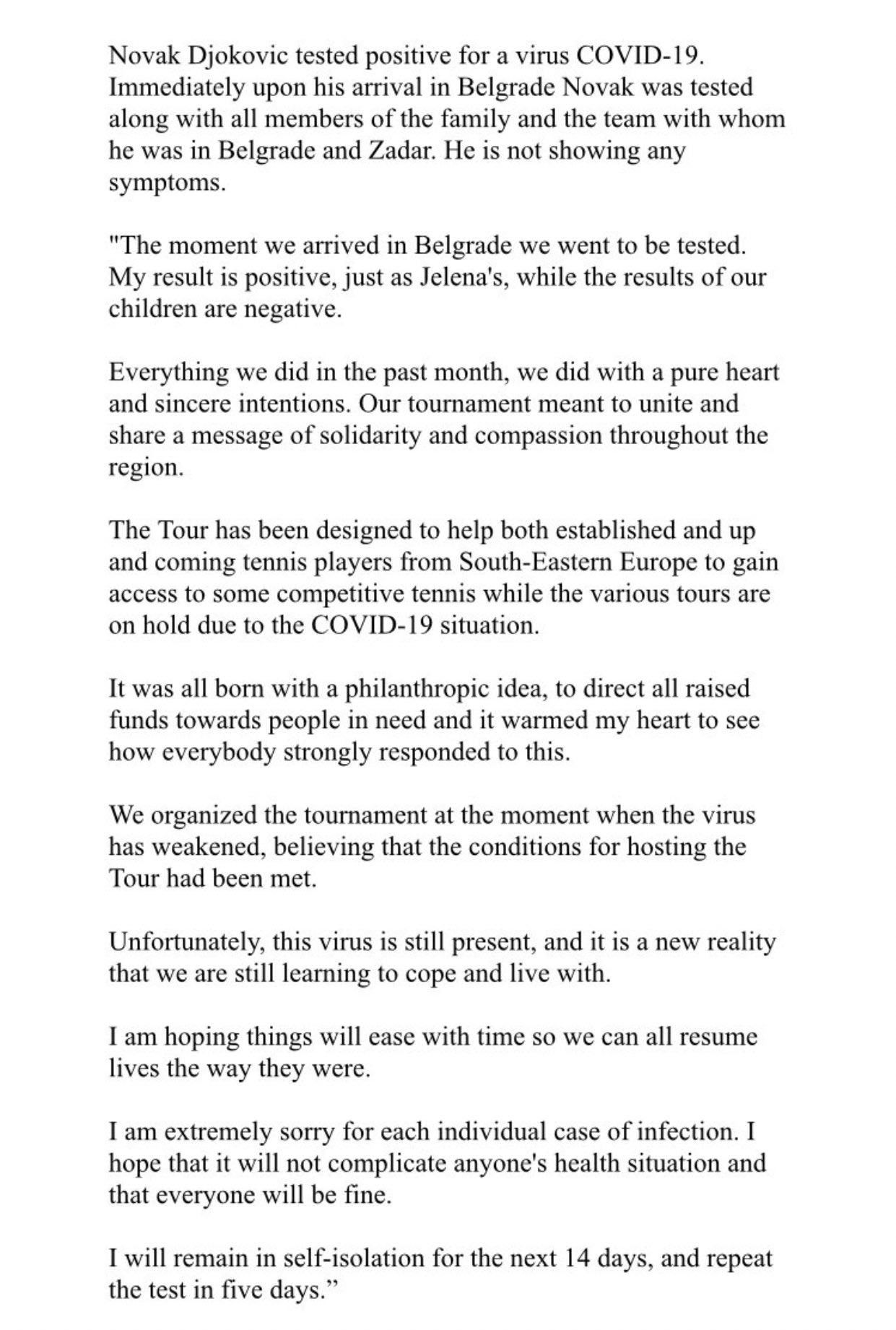 Novak Djokovic previously stated he might not play tennis if he was required to get a coronavirus vaccine in the future. He recently said you can drink polluted water by using your mind to remove the toxins. And he’s not a fan of the US Open’s policy this year which would require him to take safety measures.

'I never thought leopards would eat MY face,' sobs woman who voted for the Leopards Eating People's Faces Party.