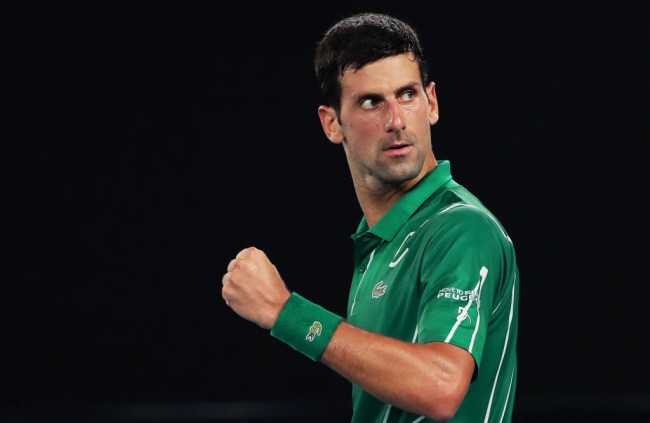 One thing I’ve noticed over the years is that the type of people who love nothing more than to claim the First Amendment grants them the right to regularly vomit toxic bullshit out of their mouths also have a nasty habit of criticizing people they disagree with for having the nerve to share their own opinions—especially when it comes to celebrities.

I’m not trying to make this into a political thing, as I generally think people should be allowed to say whatever they want to say as long as they’re willing to deal with the consequences that come along with it. I routinely roll my eyes at the hypocrisy on display whenever famous people gather for a star-studded circlejerk at an awards ceremony in Los Angeles, but at the same time, I also can’t help but laugh when people who constantly post hot takes about every topic under the sun on Facebook (regardless of how knowledgeable they are about them) fail to grasp the irony of using the platform to question why we care about what celebrities have to say.

I agree that we should be skeptical of anyone using the bully pulpit they’ve been given the chance to speak from by excelling in a particular field to masquerade as an authority on other matters, but at the same time, being good at one thing shouldn’t disqualify you from talking about other topics you may also know something about, which is a fact the “Stick To Sports” crowd seems to have a hard time grasping.

Any athlete who offers up an opinion on basically anything these days does so knowing there’s a chance they’ll have that three-word phrase hurled their way by people on the internet who don’t like having their worldview questioned, and as a result, I generally try to avoid using it myself.

Last month, the top-ranked player in the world of men’s tennis made waves when he suggested he may not return to the tour if he was required to get a vaccine before he was able to play again because he’s apparently one of those people.

I don’t know if he’s managed to outdo himself with his most recent comments but he was able to come pretty damn close, as Djokovic has now come under fire for claims he made during a recent chat with Chervin Jafarieh.

I’d never heard of Jafarieh until today, but after some cursory research, it would appear he’s a fairly high-profile figure in the “alternative health community,” which is the modern-day equivalent of being one of the best salesmen in the snake oil industry.

According to The New York Post, Djokovic was the latest guest in a running Instagram Live series dubbed The Self Mastery Project, and during the discussion, the topic turned to how we might be able to use our emotions to eliminate toxic chemicals from food and water (hint: we can’t), at which point the Serbian put his brain into “Galaxy” mode.

Undaunted, ATP #1 Novak Djokovic continues to give his big platform over to some truly nutty pseudoscience blabber.

Not as potentially dangerous as being anti-vaccines, but NO, you cannot change the molecular structure of water with your emotions, ffs.pic.twitter.com/BHzjOLe4r9

Because water reacts and scientists have proven that, that molecules in the water react to our emotions, to what is being said. I truly believe that we should continuously, every single day that when we sit, we sit without cameras, without phones…or even worse, having nervous discussions and conflictual discussions at the table with your close ones during your meal.

They say if you had specific thoughts, specific emotions onto the water, if they were happy thoughts, if they were good thoughts, they created a molecular structure that had a geo-prism based on sacred geometry, meaning there was symmetry and balance. On the opposite end, when you give water pain, fear, frustration, anger, that water will break apart.”

I know everyone wants sports to come back as soon as possible right now, and while he might not even realize it, there’s no one who needs that to happen more than Djokovic if this is the kind of shit he’s going to keep doing to keep himself occupied.