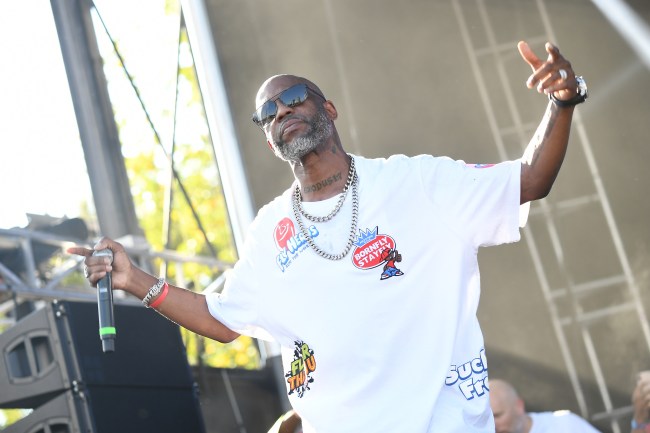 Instagram rap battles have been all the rage and it turns out Verzuz is trying to get Eminem and DMX to duke it out in public.

According to NORE, Swizz Beats called Eminem and he’s down to at it hit for hit against DMX.

Unfortunately DMX thinks Em is beneath him and wants a battle with Jay-Z.

“What about Em? Em don’t want it,” laughs X. “Em don’t want it. I’d rather go for, you know, my arch-nemesis [Jay-Z]. He don’t gotta come outside. it’s in the house! You saying he don’t want to face me and play some records?” Swizz can be heard remarking that it’s a celebration, furthering X’s logic. “We celebrating music, and he got some hits too. He can play ‘Money Cash Hoes,’ I can play ‘Money Cash Hoes.’ Make it happen.”

While DMX is definitely a legend many don’t think he can hang with Eminem.

"DMX got the biggest hits in the world, one of the greatest rappers of all time. Legendary. Iconic. Superhero. And everything I’m saying is understated. He’s bigger than that." (1/2)

The DMX-Eminem battle would be interesting once you start looking at their hits side by side.

The list of the possible DMX vs Eminem song battle. What do you think? pic.twitter.com/yu0ngse6j0