DMX Talks About Life And Death, Reveals Tearful Reconciliation With His Mother In Emotional Final Interview 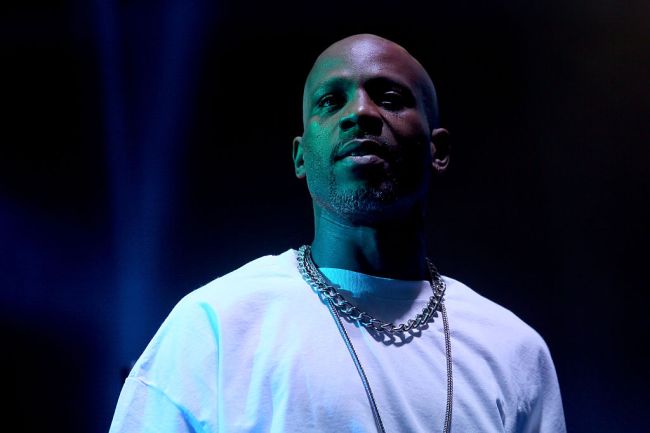 Three weeks before his tragic death at the young age of 50, DMX talked about dying in what is being billed as the rapper’s final interview. Before his death from cardiac arrest at a New York hospital on April 9, DMX revealed emotional reconciliation with his mother in the gripping interview.

“Up until I was 20, I was told I wouldn’t live to see 20,” DMX said in the interview, adding that he used those remarks to inspire him to “out live every body’s expectations. And not just out live but outperform, outlast ‘em.”

The religious rapper stated, “Every good idea is a gift from God, and how you say thank you is by using it.”

DMX, born Earl Simmons, revealed what he planned to do in his final living moments.

“I always feel like I’m gonna look back on my life just before I go and thank God for every moment, for every single moment,” the Grammy Award-nominated music star says in the interview. “Because it’s those moments, like drops of water in an ocean… when they come together you see the beauty of who you are and why you are.”

The prolific hip-hop artist exposed his vulnerable side by telling the story of the reconciliation with his mother, who he said physically abused him as a child.

“Me and my wife went to couple’s therapy…I just remember mentioning some things about my mother, and we was in one of our counseling sessions one day and the lady said, ‘How would you feel if you saw your mother right now?’ And I’m like, ‘I don’t know.’ And as soon as she asked my mother came in, she walked right through the door,” a tearful and unmasked DMX divulged.

“She walked in the door and I think it was at that point right there, I just let everything go,” the Ruff Ryder alum said. “She crying, I’m crying, I don’t know it wasn’t a hurt cry it was, like, yes, this is what I need. Yeah.”

DMX’s family issued a statement at the time of his death, “Earl was a warrior who fought till the very end.”

“He loved his family with all of his heart and we cherish the times we spent with him,” the distraught family said. “Earl’s music inspired countless fans across the world and his iconic legacy will live on forever. We appreciate all of the love and support during this incredibly difficult time.”

Cathy Hughes, founder and chairwoman of Urban One, talked about the interview in a statement, “DMX sat down with our team and was completely UNCENSORED. We have one hour with the late rapper in his own words. For DMX to be with us just three weeks before God called him home, I believe it’s truly divine intervention.”

The two-part special is titled “DMX Uncensored,” and will air on Sunday, May 16 at 8 p.m. ET on the TV One network.

"It wasn't a hurt cry. It was like yes, this is what I need." DMX reveals how a surprise visit from his mom in therapy helped them heal their relationship. Watch his final interview Sunday, May 16 at 8P/7C only on TV One #DMXUncensored pic.twitter.com/KxUAC1azNZ

DMX’s posthumous album, “Exodus,” which is the same name as his youngest (4-years-old) and 15th child, will be released on May 28. The album, which will feature all new original songs, and is produced by his long-time friend and producer Swizz Beats.

“My brother X was one of the most pure and rare souls I’ve ever met,” Swizz Beatz told Rolling Stone. “He lived his life dedicated to his family and music. Most of all, he was generous with his giving and loved his fans beyond measure. This album, X couldn’t wait for his fans all around the world to hear and show just how much he valued each and every single person that has supported him unconditionally.”