‘Doctor Strange’ Director Exits Sequel Due To ‘Creative Differences’, Appears As If Marvel Is Backing Out Of Making The Film ‘Scary’ 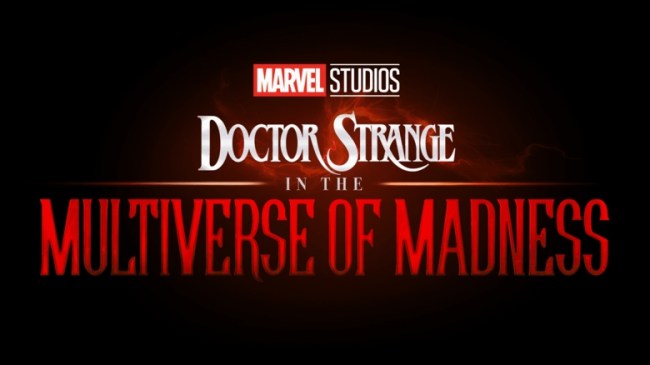 When the project was first announced last summer at San Diego Comic-Con, the sequel to Doctor Strange — Doctor Strange in the Multiverse of Madness — was being described as the first “horror” film set in the Marvel Cinematic Universe.

And what a fucking pitch that was. They say in Hollywood you want your pitches to be as concise as possible, so rolling out “psychedelic superhero horror movie” as your logline — which is was Doctor Strange 2 very well *could be* — is a hell of a selling point. I was into, you were into, everyone who enjoys these movies was into it.

Unfortunately, though, the prospect of such a film may just be the latest example of why we can’t have nice things.

At the time it was announced, the film’s director Scott Derrickson described the film as the first “scary” entry into the MCU:

“When I came and talked to [Marvel Studios President Kevin Feige] about doing a sequel, I said, ‘I don’t want to do just another sequel. If I’m going to do it, it needs to go into the territory that drew me into the Doctor Strange comics in the first place’ – which is how they dipped into the gothic and the horror and the horrific. And we’re going to make the first scary MCU movie,” he told the SDCC crowd.

Like I said, fucking awesome. But then, just last week, Marvel Studios president Kevin Feige began walking back the whole “horror” narrative, saying that the film will not be the “horrific” type of scary, but more the “fun” type of scary:

“I wouldn’t necessarily say that’s a horror film, but it is, as Scott Derrickson, our director, has pitched it, it’ll be a big MCU film with scary sequences in it.”

“The way, when I was a kid in the 80s, Spielberg did an amazing job,” he continued. “I mean, there are horrifying sequences in Raiders that I as a little kid would [covers his eyes] when their faces melted. Or Temple of Doom, of course, or Gremlins, or Poltergeist. These are the movies that invented the PG-13 rating, by the way.”

“It’s fun to be scared in that way, and not a horrific, torturous way,’ Feige said, “but a way that is legitimately scary, because Scott Derrickson is quite good at that, but scary in the service of an exhilarating emotion.” [via Collider]

While certainly trouble, Feige’s comments didn’t necessarily spell doomsday for the project, as it’s only reasonable that the head of a movie studio would try to make an upcoming film seem as broad and marketable as possible.

But now, we arrive at the bad news, and that is director Scott Derrickson walking away from the project due to ye ole’ “creative differences.” Put bluntly, that’s v. bad, as — and this is merely speculation — this is an indication that Marvel Studios wasn’t necessarily on board with the “horror” direction that Derrickson was taking the story.

And that is genuinely a shame, because when Marvel Studios pushes its boundaries — Guardians of the Galaxy, Thor: Ragnarok, Black Panther, etc. — the results are some of the franchise’s strongest outputs.

Doctor Strange in the Multiverse of Madness is set to hit theaters on May 7, 2021.