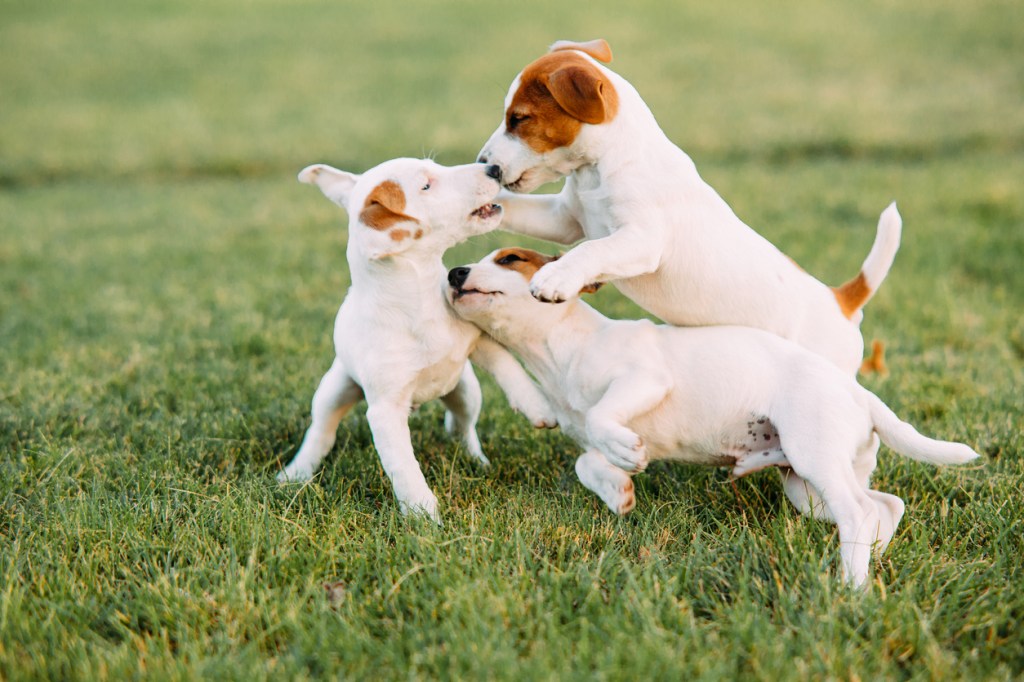 If you’ve never had to deal with the wrath of home owner’s association then consider yourself fortunate. At best, HOA’s are frustrating. At worst, they harass homeowners into lifeless conformity by threatening massive fines unless people abide by some of the most asinine rules on the planet.

This article started with a person posting to the popular subreddit AITA which stands for ‘Am I The A**hole?’ In this instance, it sounds like the nosy and gossiping neighbor is the awful one:

My parents moved to a retirement neighborhood, so I moved into their neighborhood after my job required me to move to their state. We have 3 dogs however, 2 of them look almost the same so we would never walk all 3 at once. It worked for 2 years. Well, my body neighbor has been telling everyone we have 3 dogs and b*tching about it on Nextdoor. The HOA asked to investigate. One of my dogs was at the vet so I said go ahead, they walked through the house and the neighbor was outside. She later walked up to me all ug saying “did the HOA find your dog?”

I said no they didn’t, mind your own business bItch. She then went on to Nextdoor to complain again, but the rest of the neighborhood is calling her crazy

A ‘two dog rule’ is arbitrary and pointless. Two chihuahuas are ten times the nuisance of three labradors or really any big dog breed. At the same time, rules are rules and this person clearly knew they were breaking the rules even if that rule was stupid. Do I think they’re a jerk? No, I just think they’re knowingly breaking a pointless rule and an annoying neighbor is harassing them.

That tweet above actually got ‘HOAs’ trending on Twitter. It’s clear that one of the most universally held opinions on the planet is HOAs are awful. This has also led to all sorts of people sharing their awful HOA experiences and the weird rules they’ve been forced to abide by.

HOAs are trending and I just have this to say:

Finally something to bring the country together! Screw HOAs; plant crops on your front lawn. It's sustainable, helps fight CO2 emissions, and is a great way to become more self reliant and put food on the table for a low cost. pic.twitter.com/afxzvGl4ME

I am so happy my brother bought the house I live in now just before our development started mandating HOAs.. all the other phases have super restrictive HOAs. We just have our house, with the fence we want, the color we want..

HOAs are the devil's housing plan

HOAs are for people who bought a home but miss all the benefits of having a landlord (absurd rules and regulations, fine print detailing on contracts, working to evict the people who are most in need of being housed and cared for, and taking your money in return for nothing)

HOAs are all run by Karens. pic.twitter.com/wwg8yfH8r8

I once had an apartment that charged 50/mo per pet, and my roommate and I both mentioned we had a cat named Molly. They charged us for one cat. We had two cats named Molly. They never realized it and we never actually lied.

anyway HOAs are trash and pet rent should be illegal https://t.co/4kg2N0OCHu

We’re shaming HOAs today?!?!?! Well lemme tell you about MY HOA! THIS WAS THE SAME EXACT DAY!!! pic.twitter.com/tkat6SRUb3

My grandpa died and the HOA sent my grandma a letter about her unkept yard (she was grieving). I went and mowed her lawn then later that night egged the house of the head of the HOA.

Kiss my ass of you support HOAs https://t.co/UB6qf3Skbv

Okay, if you are on the board of an HOA and you walk around documenting homes with exactly 2 weeds or a garage door that is 1/50th of a shade off from the approved color palette – there is something else missing from your life.

All of this brought me to an article that rounded up some of the best Reddit posts about egregiously dumb HOA rules. One was a story about an HOA demanding architectural approval for two potted plants placed near the front door of a house.

Another HOA demanded all garage sales have a dress code that stated polos and khakis must be worn.

The last time I was written up by my HOA it was because there was some dirt on the awning of my garage. I cleaned it that day and then started talking notice of other houses around the neighborhood while I was walking my dog and I’ll be damned if 75% of the other homes weren’t in worse shape than mine. HOAs are for bored people who want to snoop on their neighbors and feel like they’re wielding power.

That same neighborhood with the garage sale dress code prohibited any residents from sharing towels at the pool or face a $25 fine. One HOA mandated that trash couldn’t be put out until midnight before trash day which is coincidentally something a friend told me is in their HOA rules. That same friend said it’s not enforced in their neighborhood which is often the case with obscure HOA rules. They exist to be enforced whenever someone’s in a bad mood and wants to piss off the neighbors.

One of the most outlandish HOA rules I saw mentioned online is one neighborhood demanding a $10 fee for any overnight guests. Imagine a neighborhood trying to charge you for people staying in your own damn house!! ‘No Trampolines’ is a pretty common one.

We actually have that rule in my neighborhood which is odd because my next-door neighbor has a trampoline and hasn’t been called out on it by our HOA while I know other houses have had to take theirs down, including one homeowner who is a local cop and deserves his trampoline if he wants his trampoline.

I think we’ve come far enough to all agree that HOAs don’t need to exist, at least not in their current form. If it was just dues paid to keep the common areas of a neighborhood maintained that’d be fine but there’s so much B.S. that comes along with it. The world’s better off without HOAs.