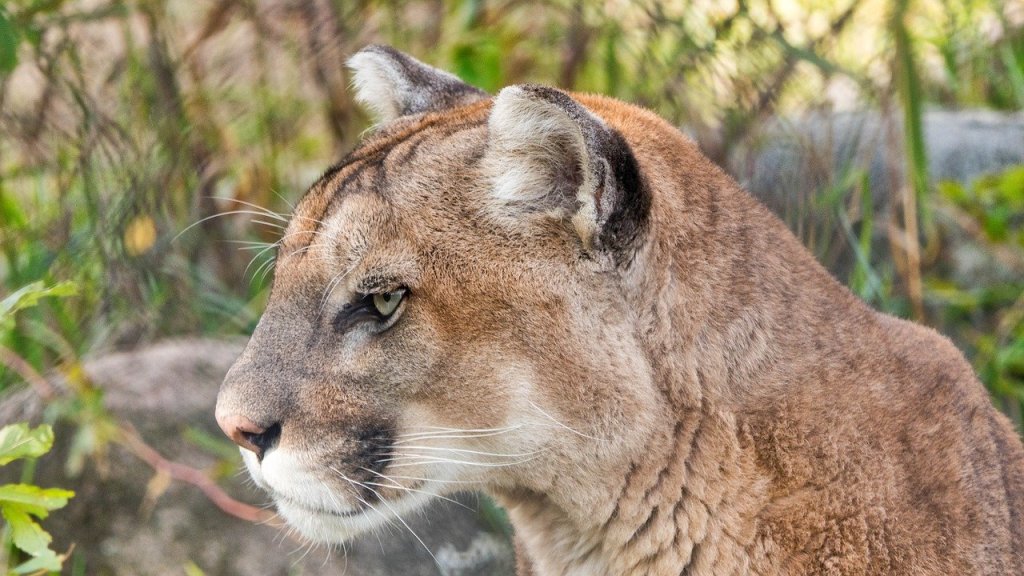 Footage of a tiny white dog standing its ground with a mountain lion has gone viral and it’s easy to see why after you hit ‘play’ on the video below.

The owner is sharing this footage as a ‘teaching moment’ for several reasons. The biggest red flag here is the puma was unfazed by the presence of a human being. And the implication of that is the mountain lion has been around people frequently enough that it’s no longer bothered or afraid of them and that can be a serious problem in the future.

This footage shows several minutes of the mountain lion right up against the glass door staring down the tiny dog named Dash. At times, the cougar is pawing at the window. It’s unclear if the cat is trying to paw at the dog whose tail is wagging the entire time or if the mountain lion is intrigued by its own reflection in the door.

Check it out (possible NSFW language/profanity)

Experts advise that a person should be loud and make as much noise as possible in that situation because mountain lions are naturally afraid of humans. So the louder, the better. But Dash the Dog was wagging his tail as happy as ever and didn’t even flinch at the big bad mountain lion.

Officials from Colorado Parks and Wildlife assessed the footage and determined that Sarah Bole, the woman filming the video, “experienced a “pretty rare” encounter of a non-aggressive mountain lion” according to Sky Hi News.

Sarah Bole initially posted the video to Facebook where it almost immediately racked up a ton of comments from shocked people.

Wildlife officer Serena Rocksund doesn’t believe the mountain lion was tracking the tiny dog inside. She told local news that “at no point in the video did the mountain lion try to actively attack the dog, it looked more curious than anything.”

I don’t have any firsthand experience with mountain lions. I grew up in Florida and haven’t even ever seen a Florida Panther in the wild, only in zoos. So I’m fairly certain I would’ve been screaming like a child if I looked out my door and a massive mountain lion was a few feet away. Also, my Bernese Mountain Dog would never stand a chance against a cougar. Berners don’t have an aggressive bone in their bodies. My dog would’ve sat there just like that white fluffy dog wagging its tail.

BONUS: here’s a huge cougar that broke into a house and passed out in the kitchen.