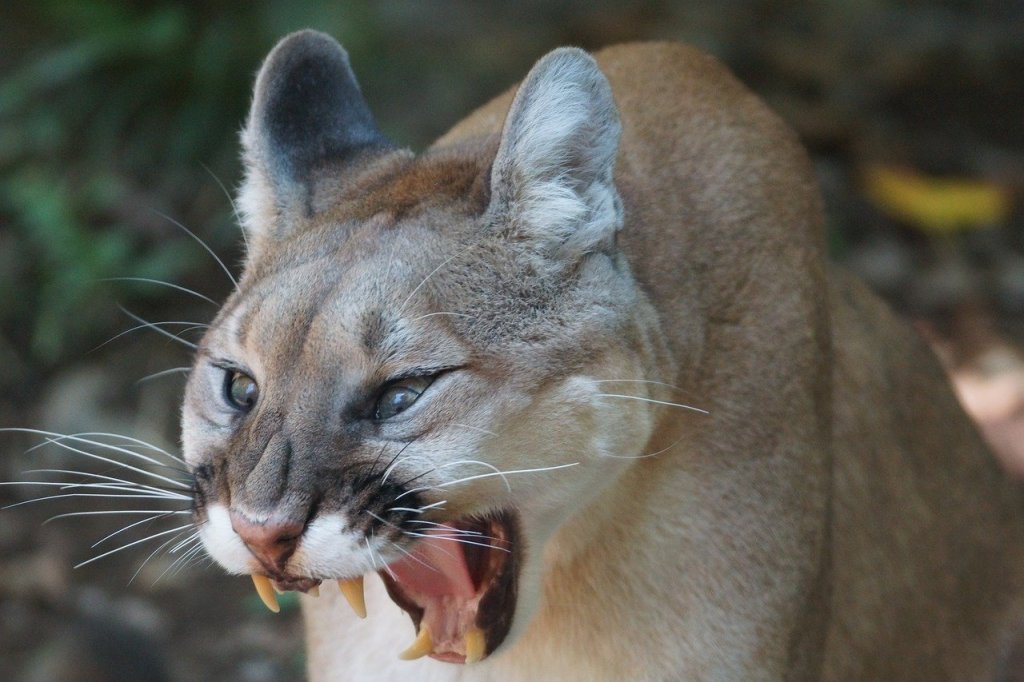 A fully-grown cougar was filmed sauntering around a neighborhood in Ephrata, Washington this week. Worried neighbors called in Washington Department of Fish and Wildlife police to do something.

Fish and Wildlife were able to hone in on the massive cougar and they attempted to shoot it with a tranquilizer to relocate the enormous cat. The first tranquilizer dart missed as the cougar tried to jump through the window of a home.

It would seem the cougar just wanted to chill out. Once it got inside the home it took a little cat nap in the kitchen sink. This happened after police were able to hit it with a second tranquilizer dart. That one was successful and the bit kitty got to take a snooze in the kitchen.

There are some clips of the cougar asleep in the kitchen and roaming the neighborhood. They are pretty spectacular:

Authorities in Ephrata, Washington, embarked on an unlikely pursuit on Tuesday when a cougar was spotted in a neighborhood. When the cougar smashed through a screen door, wildlife officials tranquilized it, and carried it away after it fell unconscious in the kitchen sink. pic.twitter.com/Dkwoi4h6pb

ICYMI: Ephrata homeowners got a bit of a surprise on Tuesday when a cougar came wandering through their neighborhood. https://t.co/aEyMtbcSqH

That big ol’ cat is passed out cold and frankly I’m a bit jealous. I’ve never been shot with a tranquilizer dart before but I have to imagine it leads to some of the best sleep imaginable.

According to a local article in the Spokesman, the cougar was fitted with an ear tag and transported “to a shrubby grassland area” nearby. They don’t suspect the fully-grown male will come back and cause any trouble but now that it’s tagged if it comes back it will be marked as “repeat offender”.

A local police spokesman said “this was probably a wrong time, wrong place, wrong house situation.” From where I’m sitting, it was perfect timing. How often do you have the chance to take a picture of a mountain lion passed out in your kitchen sink?!