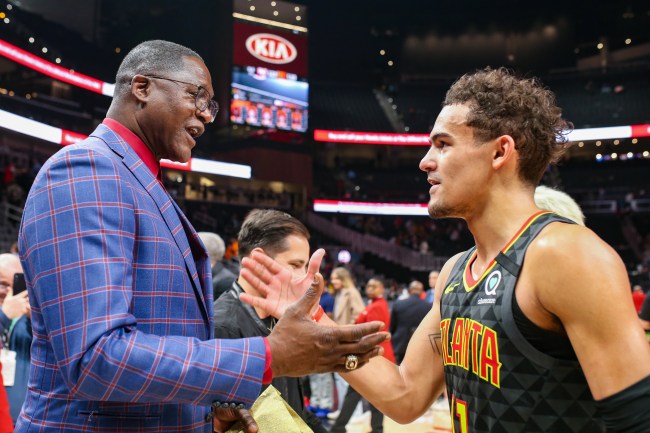 If Dominique Wilkins shows up to your restaurant barefooted in a ‘Jet Fuel Can’t Melt Steel Beams’ t-shirt and jean cargo shorts, you let the man choose where he sits. I don’t care if grandma is celebrating a birthday at table 9, The Human Highlight Film waits for no one.

Upscale Atlanta restaurant Le Bilboquet decided their own arbitrary rules superseded this notion and denied the Hall of Famer entry for the crime of failing to dress for the red carpet.

“We went there to have lunch, and I was dressed very sporty, casual, I had a nice pair of casual pants on with a stripe, nice red shirts, and sneakers on” Wilkins told CBS 46.

“As I’m walking in, I notice right away, that they’re sizing me up, they’re looking me up before I even said a word.” he said.

Wilkins said that he asked for a table outside and was told they did not have any reservations available for lunch, despite many empty tables outside.

The hostess then had the gall to say: “..and plus, you have sweatpants on, and we’re trying to keep a level of elegance…”

The nine-time NBA All-Star told CBS that he saw multiple patrons walk in with shorts and sneakers on, which are curiously permitted as acceptable.

General Manager Mark Hoefer said they do not have an issue with shorts or jeans, but they do not allow athleticwear.

Lululemon pants are like $380 and made of angel skin, whereas a dude rocking a pair of JNCOs and cankles is a go? 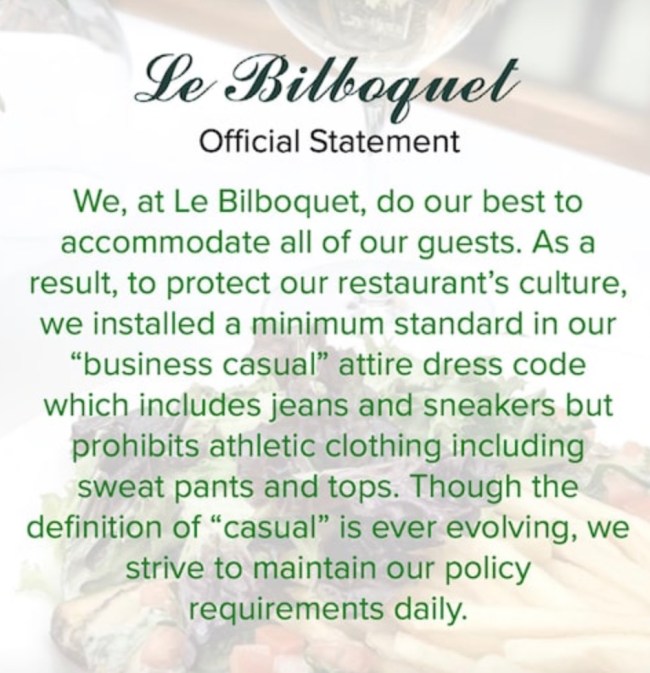 Aside from the moronically inconsistent dress standards, one may be tempted to give the restaurant a pass if these standards are applied across the board. It appears that is not the case, given multiple reviews over the past few months claiming glaringly unequal treatment between races. 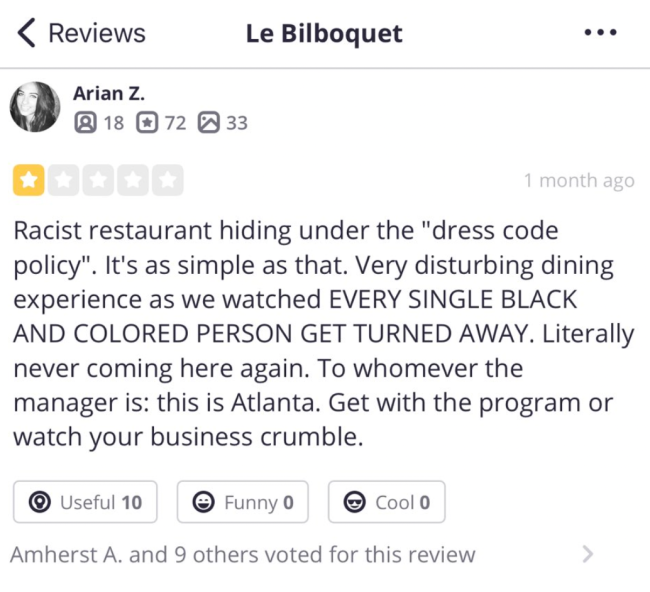 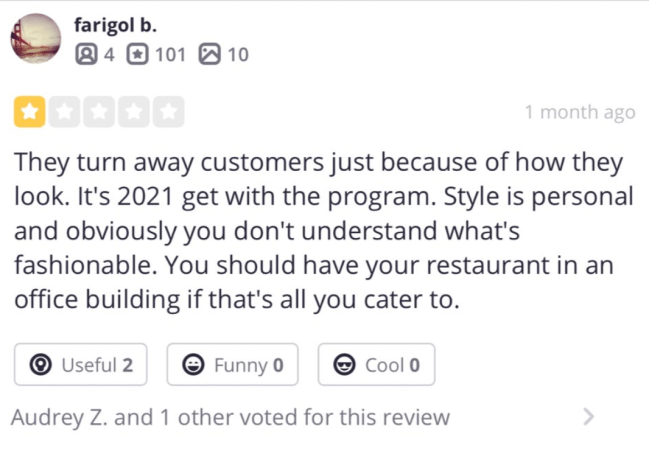 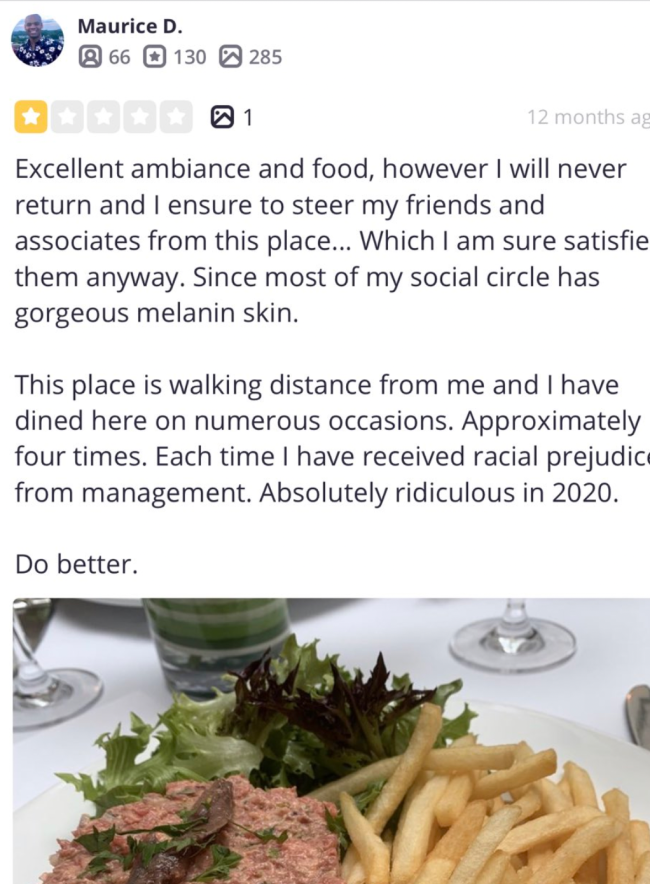 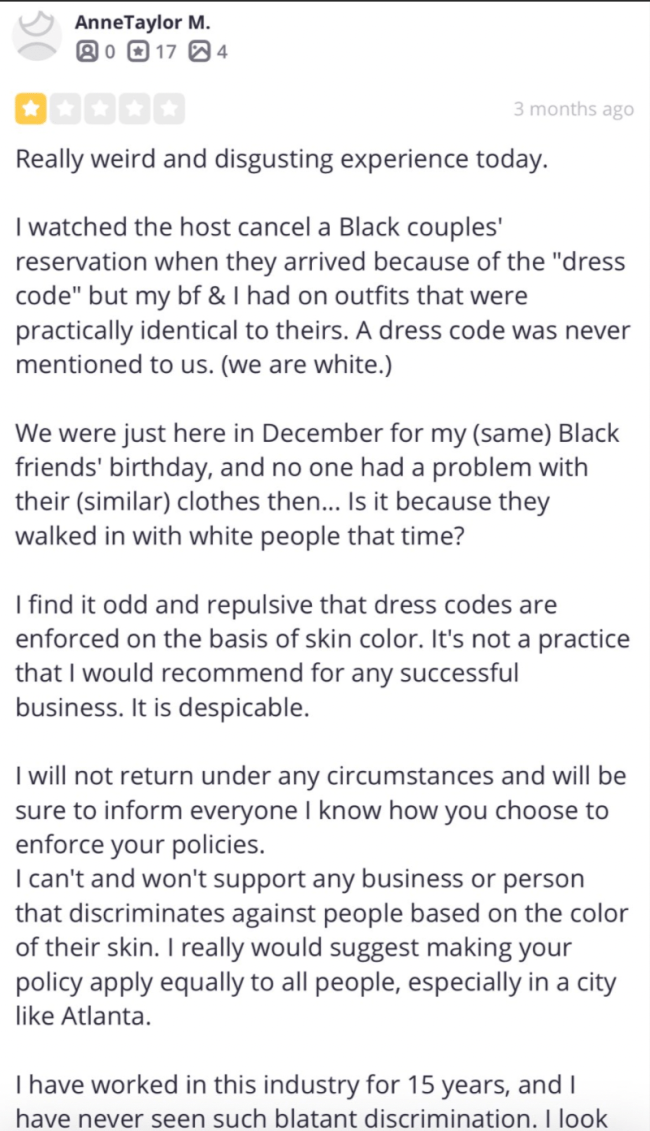 Shoutout to Becky in the pink sports bra, though. Totally within the rules.

For all the people that don't believe it's a double standard with white dress code and black dress code here's a picture of the show but they let a woman in with a athletic bra and hat on shame on you for thinking that it's not possible for a restaurant to discriminate against us pic.twitter.com/i4HBqAvtNg

On Sunday, the French restaurant posted an apology to Wilkins, for whatever that’s worth.

Bro. You still turned away Dominique Wilkins. The dude has a damn statue outside Philips Arena. Bring him a complimentary bottle of red for goodness sake.