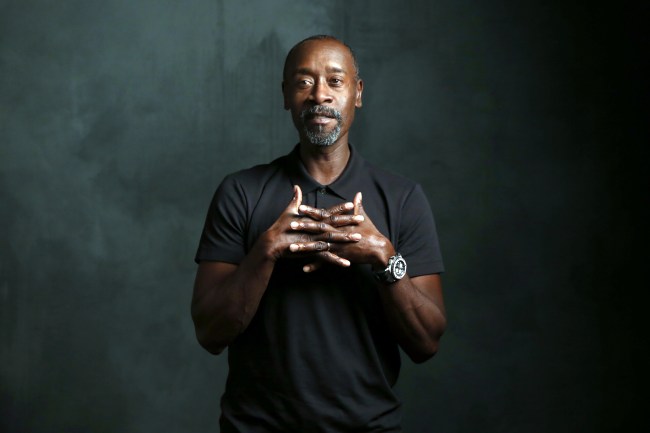 Prior to the global shutdown, production of Space Jam 2 was well underway, as there were leaks that revealed that Warner Bros. characters such as Joker, The Mask, and Pennywise would be appearing in the film.

Now, further details about the film’s plot have been revealed, as reports indicate that Academy and Emmy Award-nominated actor Don Cheadle will be portraying the film’s villain.

Space Jam 2’s Don Cheadle reportedly had his secret role revealed by one of his co-stars on Black Monday. Paul Scheer is in Season 2 of the show and has shared some time on-screen with the War Machine actor. Scheer appeared on the Clip City podcast to talk about some current projects. It seems that he let slip that Cheadle will be a bad guy in Space Jam 2. Most people thought he would be on NBA star LeBron James’ Tune Squad when the film hits theaters next year, but apparently there are other designs in motion right now.

Scheer explained, “Actually Don Cheadle, who I do Black Monday with, he’s the bad guy in Space Jam [2], and he said LeBron’s really great. He was great in Trainwreck too.” [via ComicBook]