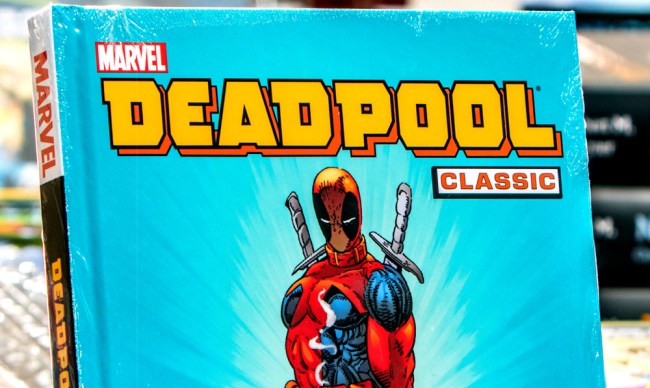 Last May we were very excited when it was announced that not only was FXX going to be producing a Deadpool cartoon series, but also that Donald Glover and Stephen Glover were going to serve as showrunners, executive producers and writers of the series.

Back then Marvel’s Jeph Loeb said, “How much more fun could this be? Deadpool, Donald and FX – the perfect fit for the Merc with the Mouth!” The answer? It really couldn’t be much more fun.

FX Productions President Nick Grad also said, “With the success of Legion, we’re looking forward to again partnering with Marvel Television to create a series that is bold, striking and entirely original.”

Yeah, well, forget all that because this past Saturday Variety announced that FX, Donald Glover and Marvel Television had split.

“Due to creative differences, FX, Donald Glover, Stephen Glover and Marvel Television have agreed to part ways on Marvel’s ‘Deadpool’ animated series, FX will no longer be involved with the project,” FX said. “FX and Marvel have an ongoing relationship through our partnership on ‘Legion,’ which will continue.”

So much for that 10-episode order the FXX channel gave the Glovers, huh?

Variety speculated that the reason for the breakup may have had something to do with “Donald Glover’s packed schedule.” Turns out that was not the case, according to Donald Glover himself.

for the record: i wasnt too busy to work on deadpool.

In fact, Glover was so not busy he went ahead and tweeted out a very funny 15-page Deadpool script that pretty clearly references the series’ cancellation.

Can some other network please make this still happen?