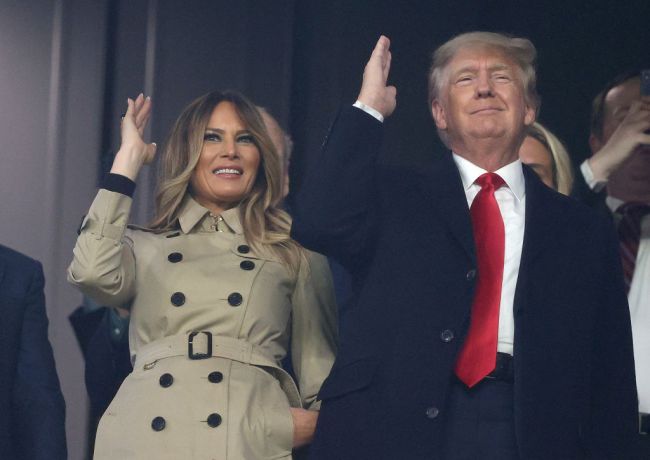 There has been a lot of controversy surrounding the Braves’ tomahawk chop chant lately but former President Donald Trump doesn’t care.

Just a few days ago, ESPN’s Jeff Passan became the latest critic of “the chop” and called on the MLB to ban fans from doing it during games.

On Saturday, Trump showed up to game 4 of the Astros-Braves series in Atlanta and immediately participated in doing the tomahawk chop with fans at the stadium.