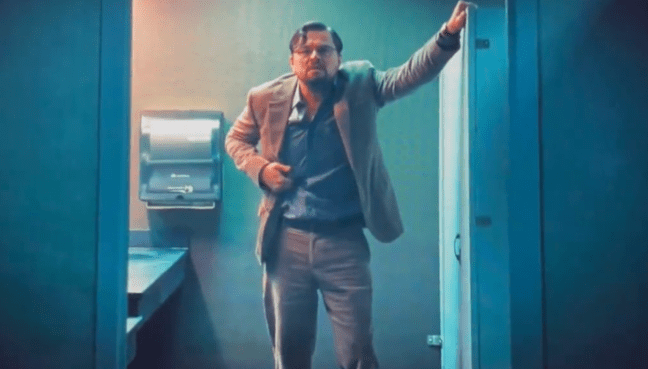 Without being hyperbolic, the cast for Adam McKay’s upcoming black comedy Don’t Look Up might be one of the greatest film ensembles ever assembled. Certainly since the turn of the century, at the very least.

Not only do you have Academy Award winners Leonardo DiCaprio and Jennifer Lawrence leading the line, but you’ve got stars such as Meryl Streep, Jonah Hill, Timothee Chalamet, Cate Blanchett, Chris Evans, Mark Rylance, Rob Morgan, Ariana Grande, Kid Cudi, Michael Chiklis, Matthew Perry, and more, rounding out the rest of the cast.

While specific plot details for Don’t Look Up are being kept under wraps, the general synopsis is that DiCaprio and Lawrence,  two low-level astronomers, are tasked with embarking on a massive media tour to warn mankind of an approaching comet that will destroy the planet. And given the tone of the trailer and McKay’s filmmaking history, you can already tell that Dr. Randall Mindy and Kate Dibiasky (DiCaprio and Lawrence’s characters, respectively) aren’t being taken all that seriously.

At this time, while Don’t Look Up has yet to be given an official release date, the film is set to premiere this year, as evidenced by the first trailer leaking onto the internet late Sunday night.

The brief clip — just about 30 seconds long — sees DiCaprio’s Dr. Mindy having a panic attack similar to the one Rick Dalton suffered in Once Upon A Time In Hollywood. As the names of the massive cast flash across the screen, DiCaprio and Lawrence are seen pleading with Jonah Hill’s predictably douchey character, who’s more focused on Dr. Mindy’s heavy breathing than the world-ending comet, in the Oval Office.

I don’t know about y’all, but I’m absolutely here for directors training a camera on Leo while he has a mental breakdown in every movie he stars in from this point forward. Don’t Look Up, which is a Netflix film, will play exclusively in theaters for “1-4 weeks” prior to debuting on the streaming service later this year.

Here for Leonardo DiCaprio having a mental breakdown while the camera looks him directly in the face in every movie for the rest of his career. pic.twitter.com/QbOuOeHoEH