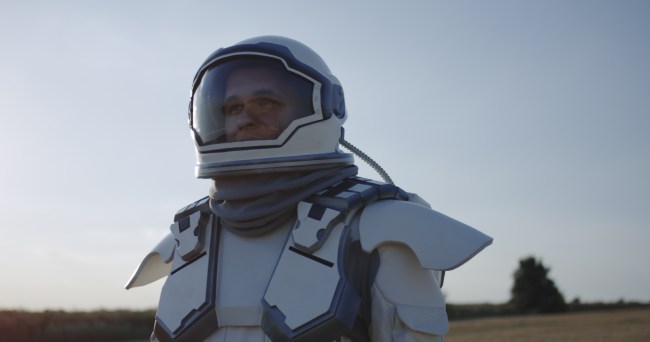 Everyone in America wearing a mask to prevent the spread of the dreaded coronavirus looks like a cross between an evil supervillain and a volunteer for a medical research study looking to cure stupidity. Let’s face it, while the CDC has strongly suggested that these mouth and nose coverings can save lives, nobody looks cool wearing them.

It’s presumably the real reason that there’s been such a savage backlash against state mandates requiring populations to put them on before dining at restaurants and engaging in other public activities. Some people are worried that their inbreeding might shine through if all civil society gets a gander at is the yellowing of their eyes.

Sure, there have been plenty of fly-by-night companies trying to keep America chic by distributing more fashionable variations of these facial garments. But even those leave much to be desired. No one has yet to come up with a jerk-proof mask. All of them make us look like idiots. And judging from the latest chapter of the pandemic playbook, these shameless face mask merchandisers are not going to stop pushing social boundaries until somebody gets their ass kicked.

The Utah-based company Hall Labs is apparently on a mission to get an anxiety-laden America killed. Get this, it is now selling some ultra-goofy helmet (MicroClimate Air) straight out of the film 2001: A Space Odyssey, designed to give the real nutjobs of the nation some semblance of faith that they’re going to emerge from this pandemic unscathed.

Unlike traditional face coverings, though, this cosmonaut space helmet fully encases a person’s noggin’ behind an acrylic shield. Just think of every Sci-Fi movie that you’ve ever seen where a group of interstellar travelers takes a seven-month rocket ride to Mars, and this is the mask they are wearing right before they all die.

It’s a spectacle that is most certainly going to draw attention once a person steps through the door of a coffeehouse on their way to work, and, if your city is as redneck as mine, it’s probably going to cause a dust-up if worn to the neighborhood bar.

Rest assured, the good old, Busch Light drinking boys and girls of Trumplandia will never stand for such a thing. It looks too Russian!

And if thwarting the coronavirus, like President Trump wants the nation to believe he did, is all part of your end game, this mask isn’t going to help you stay alive any more than others. That’s right, kids, the design is really all for show. Sure, it filters out more than 99% of the particles floating around in the air that we breathe, but that is the same reported efficacy as the popular N-95 mask. So, unless you just enjoy being a real-life caricature of a cosmic crack-head, there really is no point in having one. Save yourself the $200 and the pain of getting dentures after some drunk bastard asks you, “Hey, man, do you think that thing will stop a kick to the face?” WHACK! Come on, life is hard enough without rolling around like you have a master’s degree in dipshittery, and unless your health insurance is top-notch, this mask is only going to bring you trouble.

However, it’s undoubtedly one of those gadgets that true tech bros will geek-out over. It comes with HEPA air filters, a USB-rechargeable battery, and it continuously pumps fresh air into the climate-controlled, fog-proof chamber.

But we still haven’t confirmed whether the face shield is knock-out proof. All we can tell you is those who buy one will eventually get a chance to see for themselves.

As the New York Times recently pointed out in an article about this futuristic mask, YOU ARE GOING TO GET MADE FUN OF for wearing it. People are going to stare, point, make derogatory comments, and you know what? You’ll deserve everything you get. Damn right, you will. Any person who wears a star jockey mask knowing that they really don’t protect against illness any better than conventional models deserves every thumping, pounding, and bruise that they’ve got coming to them. By all accounts, this mask is the white Oakley sunglasses of 2020. You might as well get a tattoo across your forehead that reads, “I’m a douche and a dolt.”

But if that doesn’t bother you, the company is taking preorders right now. It is set for a mid-October release.

So, live long and prosper and all of that noise. You’re just going to need to learn to scrap to stand a fighting chance.