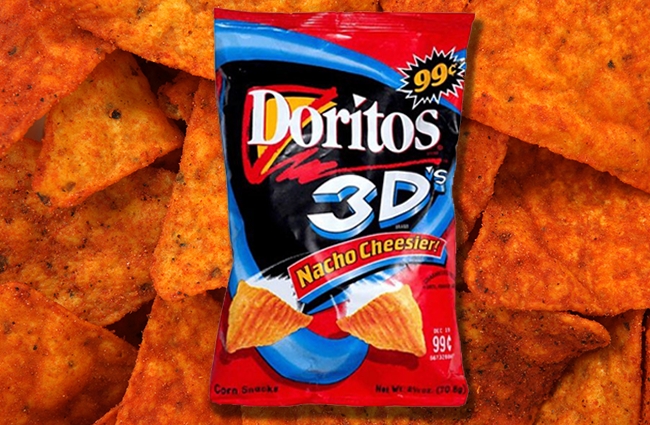 Over the course of the 2010s, people who grew up in the 1990s developed a constantly increasing and virtually insatiable appetite for nostalgic reminders of the decade, pining for flashbacks to what seems like a simpler time compared to all of the growing pains millennials have had to grapple with as they’ve transformed into Real Adults.

While you can refer to that hunger in a figurative sense, I personally have literal cravings for the many foods that defined my childhood only to unexpectedly disappear from shelves seemingly overnight. Thankfully, more and more companies have realized they can capitalize on the demand for some of the cherished products that were rudely thrust out of our lives now that they’ve been gone for long enough to fit the definition of “retro.”

2020 has been one of the shittiest years most people have ever experienced, and while we’ve seen a number of beloved items unexpectedly disappear from certain fast food menus, we’ve also been treated to the return of discontinued products like Dunkaroos in addition to the recently revived McRib.

As much as I’d like to tell myself everything will magically stop sucking when the clock strikes midnight on New Year’s Eve to usher in 2021, I know that’s not the case. With that said, it appears one brand is giving us something we can look forward to during a time when those moments are few and far between in the form of Doritos 3D, which will reportedly be making their grand return on January 18th.

The puffed-up version of the flavored tortilla chips debuted in the late ’90s accompanied by a classic commercial that relied on the tried and true “Buy These If You Want To Catch The Attention Of Attractive Women” formula.

However, they were quietly discontinued in the United States at some point in the 2000s, and while you could still track them down in Mexico, it looks like you’ll no longer have to take a trip south of the border or pay more in shipping fees than your order is actually worth to get your hands on them.

As of this writing, Doritos hasn’t confirmed their return, but with that said, the Instagram account that broke the news has been a trusted source of this kind of information in the past, so I think the countdown can begin.