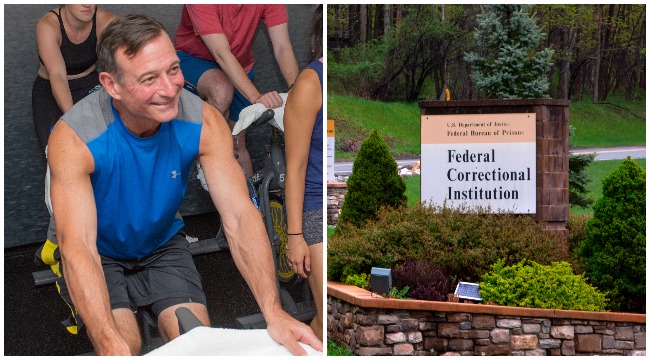 In February, former financial firm CEO Douglas Hodge was sentenced to nine months in prison for paying $850,000 in bribes over an 11-year period to guarantee his children’s admittance into USC and Georgetown, purporting his daughters to be soccer and tennis stars. They were not.

If there was any consolation for Hodge in the wake of a highly publicized and embarrassing saga, it’s that he was sent to a federal prison in Otisville, New York, which Forbes named as one of the top 10 cushiest prisons in the United States.

Otisville has historically been a haven for white-collar criminals like Fyre Festival fraudster Billy McFarland, Jersey Shore’s Mike The Situation Sorrentino and President Trump’s former lawyer Michael Cohen. Bernie Madoff pleaded with judges to send him to the medium-security prison, as it is preferable to Jewish inmates for its kosher food offering and regular access to a rabbi.

A judge agreed to recommend that former Trump lawyer Michael Cohen serve his 36-month prison sentence at FCI Otisville, about 70 miles northwest of NYC. Forbes named it one of "America's 10 cushiest prisons" in 2009. Here's a look at what it's like inside. https://t.co/a6xu0c97td pic.twitter.com/HCqyRPMHmb

Despite Otisville’s cushy reputation, six weeks was all it took for the 62-year-old Hodge to beg for mercy.

The Boston Herald reports that Hodge is now playing the “compassionate release” card (also referred to as the Tekashi 6ix9ine), asking he serve the rest of his nine-month sentence at home, as being locked up during the coronavirus pandemic is ‘torture under United Nations guidelines’.

Hodge’s lawyers claim that he was placed in solitary confinement for 29 days to “minimize risk” of COVID-19 and sat in his cell for all but 15 minutes every day.

Federal prosecutors claim that the conditions at Otisville are not only sanitary, but the inmates are treated humanely.

“They are also permitted to get fresh clothing, fill water jugs, and get ice” and have access to books, TV, papers, mail and the commissary, the feds responded. “Hodge’s hyperbolic claim that his initial quarantine period was 29 days of ‘sensory isolation’ amounting to torture under United Nation standards is false.”

“Hodge has sought to evade the consequences of his crimes at every turn.”

In Hodge’s defense, it’d be boneheaded not to at least try your hand at the COVID card while sitting in a sweltering cell in the dog days of summer. But throwing around the word “torture” is just another indicator of this dude’s delusional privilege.