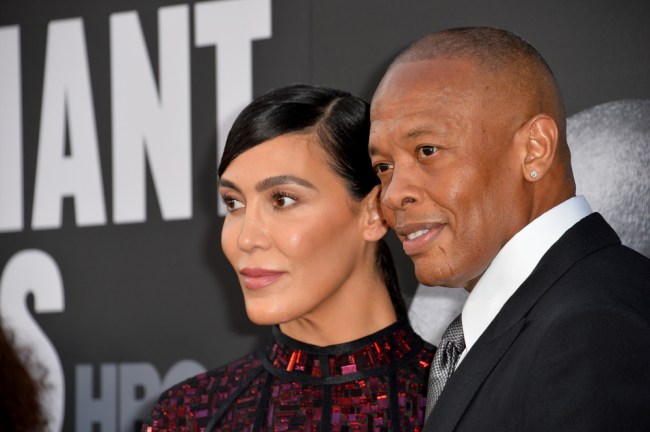 File this under “Headlines I Didn’t Expect To See Today.” Dr. Dre, the iconic gangsta rapper, legendary hip-hop producer, an influential member of N.W.A., and CEO of Aftermath Entertainment has lost a trademark battle to a gynecologist. The simulation is definitely broken.

In 2015, Dr. Dre, born Andre Romelle Young, launched a trademark dispute against Dr. Draion M. Burch, who goes by the name “Dr. Drai.” The physician from Pennsylvania went by the name “Doctor Drai OBGYN & Media Personality.” Burch planned to appear at seminars and sell books under the name Dr. Drai, but Dr. Dre took legal action against him using and profiting from the hip-hop-inspired moniker.

Dr. Drai said he had no intentions of being associated with Dr. Dre because he believes that the rapper’s “misogynistic and homophobic lyrics” would be “a bad reflection on me as a doctor.” Dr. Dre’s legal team attested there could be confusion with the two doctors. So to recap, a rapper named “Dr.,” who isn’t a medical doctor, sued an actual medical doctor for using a name of a rapper named “Dr.,” who isn’t a doctor. This is the weirdest timeline ever.

However, the U.S. Trademark Court agreed with Dr. Drai and said their careers were in no way similar and people would not be confused. “Because Dr. Dre is not a medical doctor nor is he qualified to provide any type of medical services or sell products specifically in the medical or healthcare industry,” the court ruled. So in the aftermath, the gynecologist is still Drai.

“WTF?!?! I went to an OB-GYN seminar to see Dr. Drai and not once did he play ‘Next Episode.'” I think Dr. Drai has a point. Let’s hope that Eminem learns from this ruling and doesn’t start a trademark case against M&M.