Dr. Fauci Says You Should Only Hook Up With A Tinder Match If You’re Willing To Risk It For The Biscuit 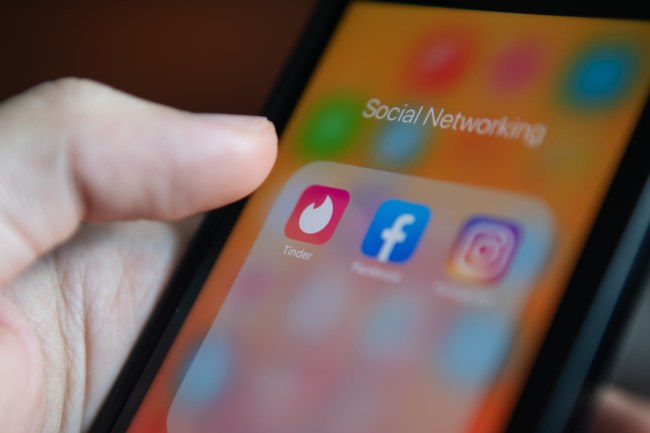 People are historically petrified by any new technology they don’t really understand, and when the internet was first getting its footing on the way to creating a world that can no longer function without it, a sizeable chunk of the population was petrified of using it thanks to the horror stories concerning the behavior of the creepy strangers that inhabited it.

These fears were somewhat justified, as child predators no longer had to invest in a windowless white van when they could just sign up for AOL as “xxxiLuvBackStreetBoysxx” and hop into a chatroom. Eventually, though, most people realized the pros outweigh the cons, as evidenced by all of the parents who told their children to never reveal any personal information online that are now hopelessly addicted to Facebook.

Essentially every facet of life has been impacted by the internet and relationships are no exception. Based on how ubiquitous dating apps are today, it seems odd there was once a stigma around meeting someone on a dating site when taking out a personal ad in a newspaper or hopping from table to table to interview prospective mates for two minutes at a time was deemed socially acceptable.

These days, no one will bat an eye if you say you met someone on Tinder (or Bumble, if you’re looking to make your relationship seem a bit more dignified), as most people understand it’s honestly the best way to examine your options and find what you’re looking for.

Every person has a different objective in mind, but if you rely on apps when you’re looking to facilitate a casual hookup, you’ve likely had a rough few weeks since everyone became terrified of the outside world and caused traffic to skyrocket on certain websites you can’t get away with looking at when you’re working in an office (unless your fetish is “having awkward conversations with the IT guy”).

It’s certainly not advisable to leave your home when you don’t need to right now but I have no doubt there are plenty of people out there who’d be willing to do it for the nookie. If that describes you and you’re curious about the risks involved, I’m happy to inform you Dr. Anthony Fauci has weighed in on the manner.

The most authoritative face of the current crisis spoke with Vanity Fair and fielded an inquiry about what to do if you get the urge to meet someone you matched with in person, to which he responded:

If you’re willing to take a risk—and you know, everybody has their own tolerance for risks—you could figure out if you want to meet somebody. [Don’t if you] don’t want to have any part of this virus.”

He may have been referring to one virus in particular in this case, and while that one may be more difficult to treat than others, I think this is pretty sage advice to keep in mind regarding every hookup even after this finally blows over.