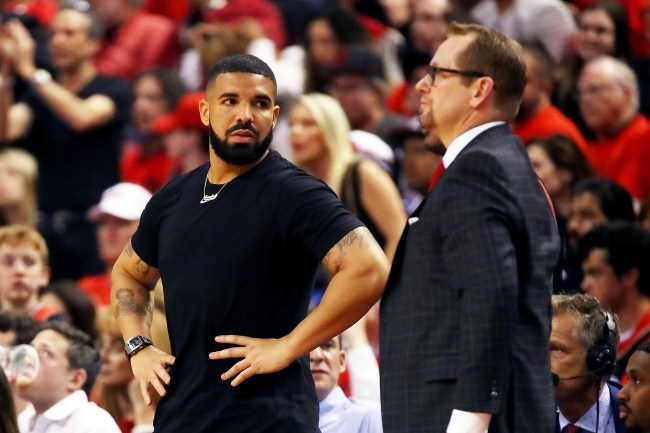 Drake has what many in the industry calls “fuck you money.” The Canadian rapper and Toronto Raptors brand ambassador recently flexed by purchasing a $185 million Boeing 767 customized cargo plane that is effectively a mansion that can fly and costs $120,000 just to gas up.

Yes, that’s a modern two-bedroom loft in a Toronto high rise around his wrist.

A push-button located at 10 o’clock allows Drake to switch these messages around, and another button at 8 o’clock moves the hands out of the way for easy reading. 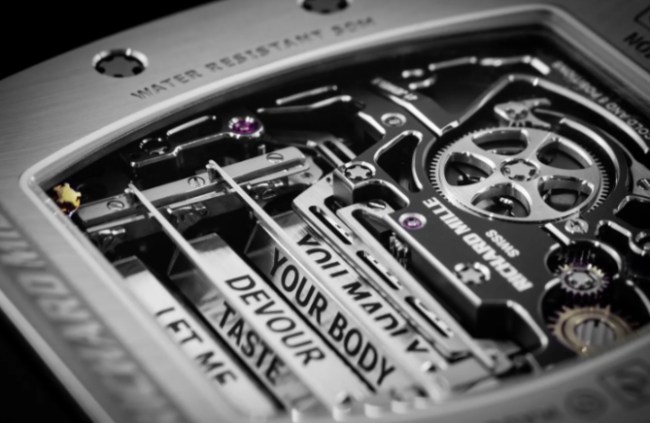 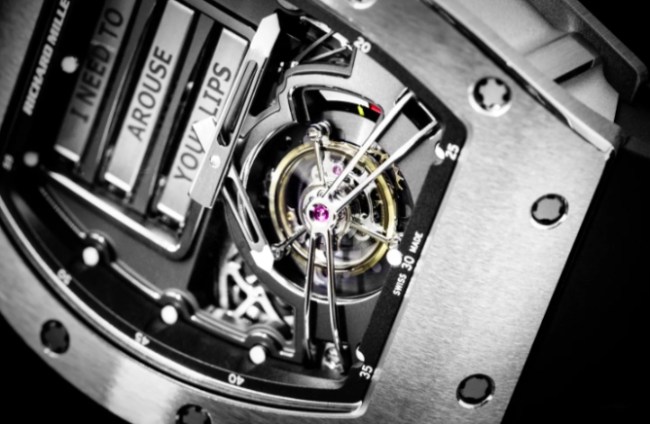 It’s unclear what phrase Drake had locked in during Game 5, but I wouldn’t question the theory that he had Richard Mille customize his watch to say, “I Lust To Caress Kawhi’s Body.”