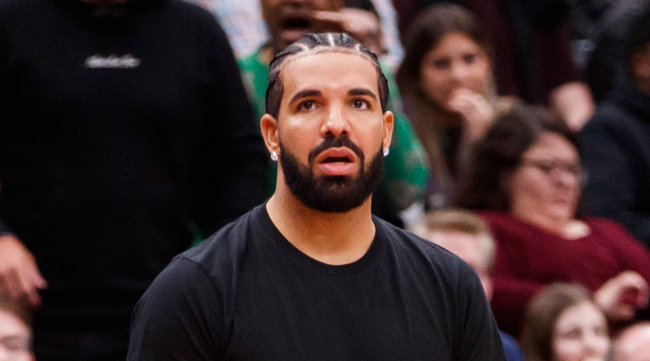 We get it. Drake is a very creative guy and sometimes that creativity goes overboard with some of his questionable life decisions, but this new hairdo? Drake, what are you doing?

Is this new hairdo for some new acting role? Or a music video?

Because the comments he is receiving on social media are anything but complimentary.

“Give this guy a name…” Drake wrote in the caption of an Instagram post showing off his new ‘do.

“You about 3 months shy of a Million Dollar Mullet,” one person commented, adding, “RiCõ Rackeroni.”

“Man’s about to be in the next season of Narcos,” another person joked.

Everyone, even famous friends, are making jokes about Drake’s new hairdo

So Drake has entered the Billy Dee Williams Colt 45 chapter of his career I see pic.twitter.com/ba2Vasjq0s

Drake has been a white Jamaican, a Dominican baseball player, a shooting guard at Kentucky who couldn’t shoot, a black Israelite, now he’s Mustafa Ali.

I never forget that Aubrey Graham is an actor whose greatest role to date has been Drake.

Meanwhile, as this is going on, Fake Drake (AKA Izzy, the guy who was supposed to box Lamar Odom) is going around telling the media that the famous rapper threatened to hit him when they ran into each other at a Miami hotel.

“I pulled up to Drake’s hotel with my management. Let’s just say it wasn’t very inviting,” Frake said on a recent episode of the WeInMiami podcast. “They just tried coming at us, so I ended up texting him, telling him about the fight and he said he’s gonna pull up and slap me for free.”

He also claims the real Drake paid Lamar Odom to back out of their celebrity boxing match because Frizzy claimed he was going to knock Odom out.

A post shared by We In Miami Podcast (@weinmiamipodcast)