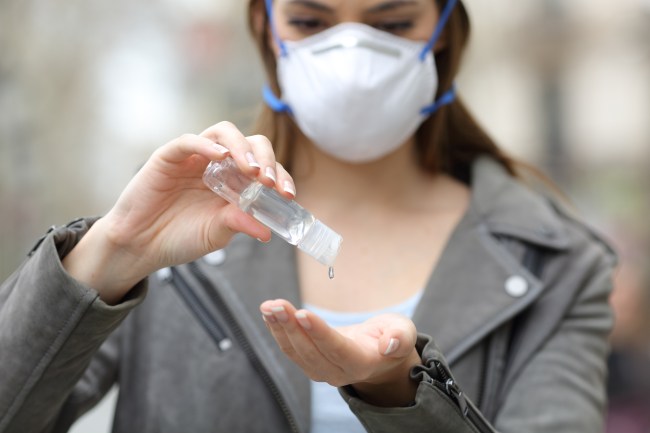 “An American monkey, after getting drunk on brandy, would never touch it again, and thus is much wiser than most men.” – Charles Darwin

If there is one thing you can count on when it comes to the great American boozehound, it’s that they will always find a way. They’ll find a way to drink today and then again tomorrow. They’ll find a way to scrape together a few bucks and stay soused all weekend long, and they’ll find a way to be the first in line when the liquor store opens its doors on Monday morning. A sober drunk is one who’s not yet mastered his craft. It’s the man that, while hungover, covered in puke and self-loathing, still has a smidgen of hope that better days are on the horizon. But for the alcoholic who is truly desperate and depraved, there are times when he must sink to new lows to achieve the desired result. These are the bottom shelf shoppers, the budget boozers who dive into a bottle of Old Grand-Dad after spending hours outside begging people for change.

But for the drunkard who resides somewhere between wretched and half-dead, they sometimes find their buzz on the next tier down. These are the bold, blackened souls who have no qualms about lapping up a puddle of antifreeze in the parking lot to stave off the shakes. Hell no, it doesn’t bother them to sit around the perfume aisle at the Dollar Store sipping on free samples until someone can wrangle up a bottle of hooch. These mangy alley cats are the diehards of the tribe, and presumably, the same sickos out there getting wrecked on hand sanitizer.

What can we say, folks, America has hit rock bottom. The hand sanitizer shortage the nation experienced earlier this year may have had less to do with frightened hoarders with a toilet paper fetish and more to do with yellow-eyed dipsomaniacs on the prowl for a cheap drunk. But instead of carrying them into happier times, these gels are rendering them blind and killing them dead, according to a new report from the Centers for Disease Control and Prevention (CDC).

So far, four people have died this year from ingesting hand sanitizer, while several others have experienced unsavory effects like impaired vision (blindness) and seizures. The federal agency says that while alcohol-based products are intended to protect the public from germs, they “should never be ingested.”

The alcohol in hand sanitizer is not the same as what is in alcoholic beverages. Some contain ethyl alcohol, simple alcohol that is safer but still shouldn’t be consumed. But others are being manufactured with methanol, a harsh chemical that metabolizes into formaldehyde (embalming fluid) and formic acid and can cause all kinds of health problems if consumed. Just the smallest amount can lead to alcohol poisoning, liver and kidney failure and permanent blindness. In large enough amounts, methanol equals death. In other words, it shouldn’t be fucked with.

Frankly, this sort of thing didn’t use to be a problem in the United States. Methanol poisonings were something we really only heard about happening in foreign countries where criminal organizations are known to counterfeit booze. But since the hand sanitizer shortage struck as a result of the pandemic, shady characters have come out in droves with cut-rate products to sell to scared Americans. The Food and Drug Administration (FDA) has issued several warnings over the past couple of months about more than 100 hand sanitizers being sold in the U.S. that contain methanol. The agency has urged consumers to steer clear of these products and, most importantly, not to drink them.

The CDC doesn’t have a clue why anyone would ever drink hand sanitizer in the first place. It admits that children may consume it accidentally, but they can’t even begin to understand why someone would do it with intent. But it’s report inadvertently reveals the level of depravity present in the crevasses of America where alcoholism and addiction are compounded by poverty, despair and no fucks given. It’s in those places that exist a special kind of madness that would undoubtedly scare the living hell out of most middle-class Americans if they were to ever catch a glimpse.

After all, no soccer mom alive could stomach the sheer terror of coming out of a Target with her children to find some raggedy bastard slurping up her windshield wiper fluid like a thirsty dog. The hard truth is that alcoholism can take people to dark places, even in relatively prosperous times. But this behavior is unprecedented when most of America is still sucking on the fiscal tailpipe. The unemployment rate is still roughly 11% nationwide – 30 million people are without jobs — which means money is in short supply right now, especially since the bulk of the unemployment benefits that have kept them afloat for the past four months have now ended. More desperation is breeding in the Land of the Diseased, and it’s conceivable that we’re about to bear witness to an increase of people diving headfirst into cheaper drunks just to get by.

My advice is to cling to the trusty bottom shelf as long as you possibly can. And if you must sink into the sludge of the drunken downtrodden, just know that you might need a seeing eye dog to get out.