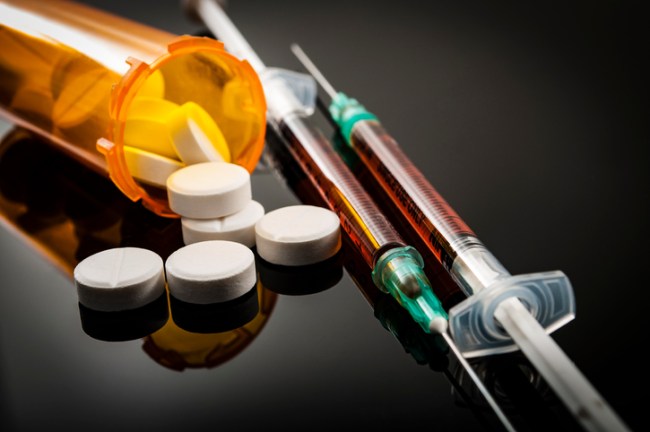 We’ve all seen it – the faces of meth – the before and after mug shots of those seemingly regular people shape shifted into ghastly ghouls by the grips of methamphetamine addiction. Their appearances go from relatively attractive human beings to borderline skeletal beasts, complete with missing teeth, crank bug sores all over their faces, and sometimes even clumps of hair ripped out of their heads.

We instinctively imagine these felonious zombies living in the most vile conditions, a part of their respective cities where the sun never shines, where they spend the majority of their days smoking this devastating drug off a sliver of aluminum foil around the kitchen table.

We cannot help but picture this group of bulging-eyed speed fiends homeless and reeking of piss, huddled around an abandoned warehouse somewhere in the middle of shit town with needles dangling out of their arms.

But the portrait of the great American junkie has evolved over the past decade. No longer are hardcore street drugs like meth and heroin a symbol that exclusively marks the graves of white trash depravity. The nation has experienced a methamorphosis, of sorts, one that is giving way to more user-friendly versions of these dangerous drugs for those people who might be too afraid to go full-on-sleazy in their mind-altering endeavors.

The Mexican drug cartels understands that the business of getting Americans strung out is changing – that some of their cranked out customers may not want to smoke it or inject it into their arms.

These criminal organizations have seemingly seized an opportunity that stems from the U.S population’s infatuation with pills and stepped up their mad science drug manufacturing operations in order to create a more pharmaceutical aesthetic for methamphetamine.

Some believe this underground marketing tactic is intended to capitalize on the perceived safety of pills and attract a stronger customer base.

In parts of the Midwest, law enforcement agencies are seeing the results of the cartel’s meth retool. They have reportedly seized packages of crank tablets that were, at first glance, thought to be ecstasy. This assumption was made because the pills were molded in the form of Darth Vader’s helmet. It is very common on the ecstasy scene for the drug to come in fun and controversial shapes. In fact, there is still a version of orange ecstasy floating around in parts of the United States that looks like Donald Trump’s ugly mug.

But laboratory tests confirmed the tablets discovered in Ohio were definitely methamphetamine. Another shipment, which was produced in the image of Tylenol, also turned out a positive result for meth.

Law enforcement officials say the cartels have switched up their game in order to cash in on a new market – one to make up for losing thousands of customers to fatal opioid overdoses. The cops believe, and of course their theory is purely speculation, that the cartels are using pill forms of meth to lure in those members of upstanding society who find traditional methods of using the drug a bit beneath their pay grade.

Lieutenant Robert Sellers, an Ohio state trooper, says pills make meth, well, easier to swallow for people who may have never done it before. “It reduces the fear in people of doing a hard drug, because now, it’s just a tablet,” he told WCPO Cincinnati.

One Ohio prosecutor thinks people are turning to meth because they are scared of dying from fentanyl-laced heroin. But fentanyl-laced cocaine is a thing. The DEA issued a warning last year advising cocaine users to be more careful because agents were finding more of the drug cut with the powerful synthetic opioid. And it gets crazier. Drug busts all over the Midwest have turned up a variety of bizarre drug cocktails – some “that don’t make sense,” according to one drug agent from Tennessee. People are reportedly even smoking marijuana these days laced with bug killer. So, the idea of drug users embracing meth as a safer alternative to heroin or other opioids is not exactly well though out hypothesis. Because here’s the thing — people are still dying from meth.

For the past year, health officials have been saying that meth could become the next American drug crisis. Some of the latest data from the Centers for Disease Control and Prevention shows that around 8,000 people die every year from a meth overdose. It is a situation that continues to spiral out of control, despite the fact that the news of this menace is often overshadowed by the opioid epidemic. Interestingly, some studies show that meth and opioids often go hand in hand. In Alaska, which is perhaps the state most ravaged by the drug, a study conducted by a prominent rehab center found that nearly 60 percent of those people who tested positive for heroin also had meth coursing through their veins.

Ohio is another state hit hard by this scourge. And meth-related incidents there are the rise.

But meth pills are not a new development.

During World War II, methamphetamine tablets called Pervitin were doled out to soldiers in the U.S., Japanese, British and German military to keep them wide awake and prepared for battle. None of the service members had any idea at the time that what consuming could bring about some vile side effects and addiction. Presumably, none of them cared. This medical stimulant would later experience some slight chemical shifts and eventually give way to popular pharmaceutical drugs such as Ritalin and Adderall. And you don’t need a cartel connection to get those.