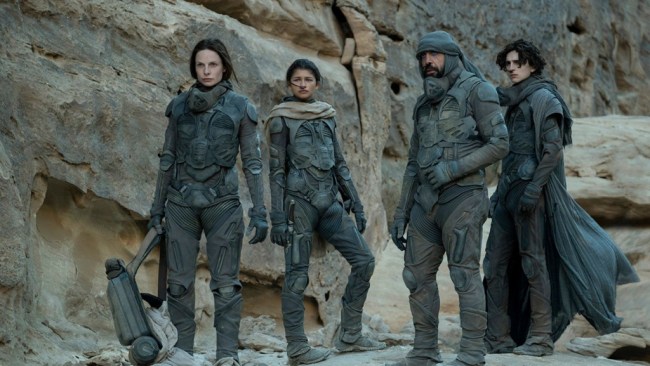 Last year, I — a lowly writer who is admittedly but a piece of gum on the bottom of Christopher Nolan’s cinema-dominating shoe — went pretty hard at the TENET director for the absolute nonsense he was spewing during the Fall and Winter months of a historic pandemic.

If you don’t remember, following Warner Bros. decision to put their 2021 on HBO Max (a decision that was likely influenced by the poor box office returns of TENET), Nolan put out a statement that read as if it was straight out of a screenplay:

These comments, mind you, came in early December, months before the vaccine would be made available. Even if I did agree with Nolan — which I don’t, as I’ve always felt streaming is the inevitable future of film or at least part of it — it was the timing of it all that made my skin crawl.

Unfortunately, a year later, not much has changed: the pandemic still rages on and excellent, widely-respected directors are sticking their foot in their mouth when it comes to the discussion of watching movies at home during a pandemic.

Denis Villeneuve says learning about ‘DUNE’ day-and-date HBO Max release after the announcement “was like a stab in the back, it remains unacceptable.”

“I will defend theatrical cinema until the end. If the boat ever sinks, I'll be on deck!”

Similar to Nolan, Denis Villeneuve — director of absolute BANGERS such as Prisoners, Sicario, Enemy, Arrival, and Blade Runner 2049 (literally my fifth favorite film of all time) — is one of my favorite filmmakers of all time. The man is simply a cut above the rest. I watch Blade Runner 2049 almost monthly at this point. And in a vacuum, I agree with him: I prefer watching movies in theaters! As a sometimes movie critic, while it’s easier for me to take notes at home, the viewing experience is *always* better at the theater. And now that studios have ramped in-person screenings back up, I’ve been going to as many as I can. But that’s because I can: I’m young, healthy, and vaxxed. But that is simply not the case for everyone else, and because of that fact, ulterior methods to see movies outside of theaters remain necessary. More important than how people see movies is the fact that they can. If the likes of Nolan and Villeneuve want to be romantic and wax lyrical about cinema, they should come to the realization that they’re currently able to deliver distractive art to people all around the world at the time they need it most. There is a time and a place to defend the movie-theater experience, and from where I sit — which, about once a week these days, is in a movie theater — right now is not it.

At this time, Dune is scheduled to hit theaters and HBO Max on October 22. I am *extremely* excited about it, and if possible, will see it in theaters as soon as possible. If I can’t, though, I’ll sure be glad I have access to the film at home.