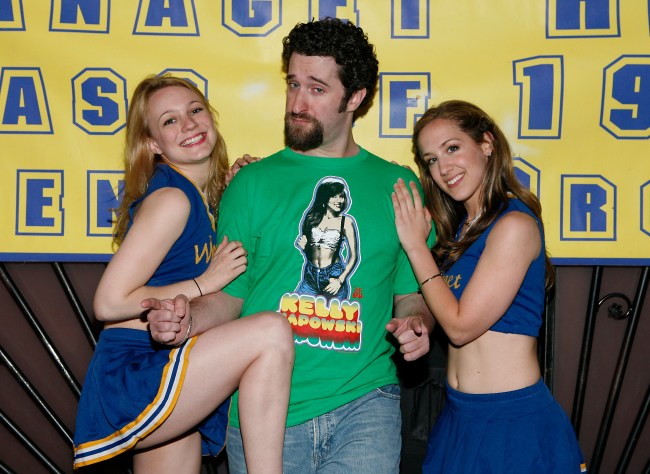 A little known fact about Dustin Diamond is that he made Charlie Sheen look like Tim Tebow when it came to wrastlin’ in between the sheets.

In his 2009 memoir Behind the Bell, Diamond wrote he had sex with more than 2,000 women, including an NBC executive he claimed to have a seven-month fling with when he was just 15. I guess you could say he was Screech in the streets, and a Bayside Tiger in the sheets.

For perspective, those are Dennis Rodman numbers, or in terms you can easily understand, 2,000 more than you. Just kidding, internet friend, just projecting my own insecurities.

In the memoir, Diamond also revealed the techniques he implemented to capitalize with the ladies at the height of his success in the 90s, when Saved By The Bell was in every humpback television in North America.

“People don’t realize that Disneyland in the early 90s was the perfect place to meet and hook up with chicks,” he writes. He then goes on to describe the best rides on which to carry this out (“The Haunted Mansion—a totally dark, nine-minute ride.”) And finally, he explains, his method was simple. He and a friend would walk around, wait until two (often international) tourist girls would recognize him as Screech, and take it from there.”

Page Six reported just days before his passing that one of Diamond’s last wish was to return to the Magic Kingdom.

And what was A.C. Slater doing during Screech’s Disney entanglements? Preparing for his wrestling match against that fat slob from Valley? Screech I’ll meet you outside the Tower of Terror, bro.