Dwayne Johnson And Ryan Reynolds Are Joining Forces For A Netflix Movie And What Else Do You Need To Know? 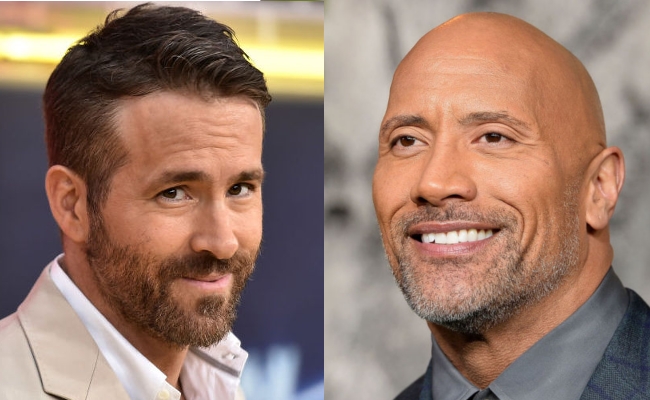 I’ve had plenty of man-crushes over the years but I don’t know if I’ve ever been more enamored with another dude than I currently am with Ryan Reynolds.

The actor has come a long way since his Van Wilder days and successfully managed to make people forget about the cinematic miscarriages that were Green Lantern and R.I.P.D. by stepping into the suit of another superhero while repeatedly proving he’s just as entertaining offscreen as he was in the Deadpool movies (I’d also be remiss if I didn’t mention the criminally underappreciated Waiting).

Reynolds might have a bit of a spotty track record as far as his filmography is concerned, but as someone who’s watched The Proposal more times than I care to admit, I’m willing to give basically any movies he’s in a shot.

However, I don’t know if I’ve ever been more amped for one of his projects as I am for the upcoming Red Notice, which was recently optioned by Netflix after they dropped $130 million to secure the rights to what will be one of the most expensive projects in the company’s history.

Why would they shell out so much money? I’m glad you asked.

According to Deadline, Reynolds won’t be the only high-profile name featured in the credits, as both Dwayne Johnson and Wonder Woman star Gal Gadot will be starring in the film, which is described as a “globetrotting action heist thriller” about a hunt for the world’s most prolific art thieves.

After Reynold’s casting was announced, Johnson hopped on Instagram to tease the project and shed a little detail on what we can expect from the plot.

The movie is currently slated to be released on November 13, 2020 so I can only hope it’ll be worth the wait.