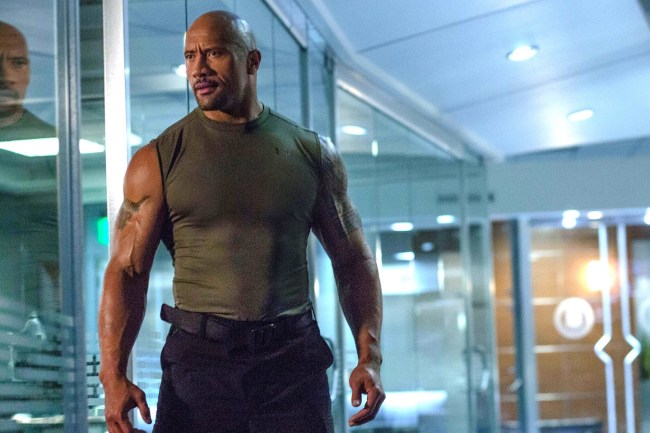 We were told that Infinity War is the most ambitious crossover event in history, but if this proposed movie starring Dwayne “The Rock” Johnson and Chris Hemsworth was ever made it would easily be the craziest crossover ever hands down. Last week, The Rock floated the idea of making a Thor and Fast & Furious crossover movie during an episode of The Titan Games. Johnson promoted the idea with the hashtag #ThorHitsTheFloor.

Hey I specialize in big, crazy ideas for the world to enjoy..& a movie where it's the God of Thunder @ChrisHemsworth vs that big, brown, bald, tattooed, tequila drinker fella. U guys ready to see that? #ThorHitsTheFloor #BoxOfficeGold I’m calling Kevin Feige to make this happen. pic.twitter.com/8toil0UrwJ

Chris Hemsworth got wind of the preposterous idea and countered with his own crossover movie based on… Dirty Dancing? Yes, THAT Dirty Dancing from 1987 starring Jennifer Grey and Patrick Swayze.

.@TheRock When you say Thor hits the floor I assume you mean the dance floor right? A remake of dirty dancing?! Mate I’m in!! #Nobodyputsrockinthecorner pic.twitter.com/OOK1vMyA45

And Johnson appeared to be open to the idea of appearing with the Avengers: Endgame star on the condition that he gets to wear black and not pink. “What an assh*le you are,” Johnson replied to the God of Thunder. “At least you could’ve put me in a black dress. Something more my speed! But you’re right, NOBODY puts Rock in the corner. I’m in too.”

What an asshole you are. At least you could’ve put me in a black dress. Something more my speed! But you’re right, NOBODY puts Rock in the corner. I’m in too. #dirty 🤙🏾👊🏾 https://t.co/Top0yG2HMt

Fans of the two Hollywood stars seemed to embrace the Dirty Dancing remake featuring The Rock and Thor.

But you look good in pink! pic.twitter.com/UOD3HAya7Z

Weirdly, The Rock was suddenly cast as Thanos in a Josh Brolin Instagram post. Brolin posted a 10 Year Challenge photo of Thanos dressed as the classic photo of a young Dwayne Johnson wearing a turtleneck, chain, and fannypack.

Wow. It’s been ten years. I look at myself back then and I can’t even believe it: no discipline, that hair, even the necklace. Haha. I don’t know what I was thinking. The right supplements, listening to Super Soul Sunday Podcast and following David Goggins has really thrown me onto the right path. My head’s just in a different place now. I really like about half of the people I meet. About 50%. Yeah, about half.