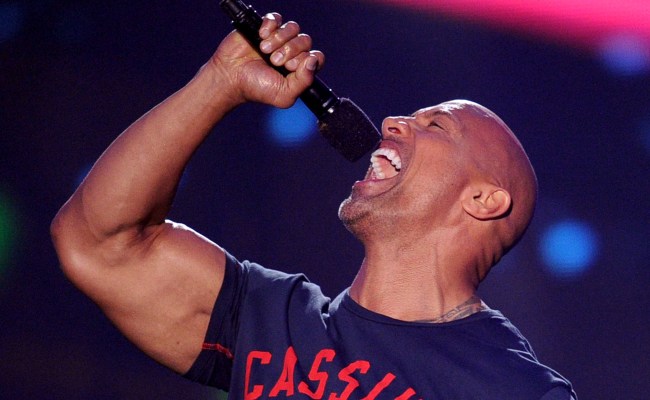 Following the publication of this post, Johnson took to Twitter and said the interview with The Daily Star never happened and the quotes were entirely fabricated.

Settin’ the record straight.
The interview never happened.
Never said those words.
100% false.
If I ever had an issue with someone, a group, community or a generation — I’d seek them… https://t.co/oJdpmfsyCi

The interview in question has since been deleted by The Daily Star.

The late 1990s was a glorious time to be a professional wrestling fan as the WCW and the WWF (as it was known before it got sued by a bunch of panda lovers) went head-to-head in a fight for ratings supremacy.

The period marked the start of the legendary Attitude Era, where the WWF managed to box out the competition by catering to a more mature audience with a stable of wrestlers who weren’t afraid to push the envelope.

A number of performers became household names during this time— including Dwayne “The Rock” Johnson, who skyrocketed to superstardom thanks to his skills in the ring and his impressive ability to cut a promo.

Johnson would eventually step away from the ring and become one of the most bankable stars in Hollywood, and while he’s come a long way over the past couple of decades, it appears his disdain for candy-asses hasn’t changed.

In the past few years, political correctness has become a hot topic of conversation thanks in no small part to people who spend their days looking for things they can slap a “problematic” label on.

Those in search of a scapegoat for P.C. culture have found one in the form of millennials, who are constantly criticized for being “snowflakes”— a word that’s almost as overused as “problematic”— by people who think they’re too easily irked.

Johnson recently addressed this topic with The Daily Star, where he suggested people are in search of things to be offended by:

“So many good people fought for freedom and equality – but this generation are [sic] looking for a reason to be offended.

“If you are not agreeing with them then they are offended – and that is not what so many great men and women fought for.”

That’s a fairly reasonably take but he decided to follow it up with one I’m still having trouble making sense of:

“We thankfully now live in a world that has progressed over the last 30 or 40 years. People can be who they want, be with who they want, and live how they want.

That can only be a good thing – but generation snowflake or, whatever you want to call them, are actually putting us backwards.”

He didn’t specify exactly why millennials are setting the world back and that first part is kind of a curious statement when you consider same-sex marriage wasn’t legalized until 2015 thanks in no small part to the efforts of “generation snowflake.”

However, Johnson has large muscles and I do not so that’ll be the extent of my criticism here.