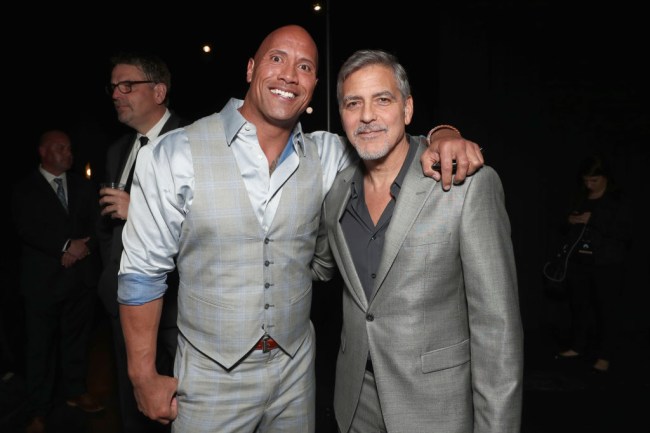 Based on the number of Facebook posts I’ve seen from people I know who moved to Los Angeles to become a writer and now spend their days getting coffee for writers, it’s not easy to make it in Hollywood.

Even if you’re willing to put up with long hours, menial tasks, and constant blows to your ego, there’s no guarantee that you’re ever going to break into a scene where who you know is just as important as talent when it comes to making a living.

Some of the world’s biggest actors had to grind for years before finally making a name for themselves— like Chris Pratt, who went from living out of a van to being one of the bigger names in the industry today.

If Dwayne Johnson has taught me anything recently, it’s that even the most famous actors are constantly on their grind, as you have to put in a fair amount of work if you want to make $1 million for a sponsored posts on social media.

Thanks to his dedication, Johnson has become one of the highest-paid actors in the game, but according to a new report from Forbes, he has a fair amount of work to do if he wants to claim the top spot— which is currently held by a guy who didn’t even act in a movie last year.

This week, the publication put together their annual list of the actors who made the most money over the course of the past 12 months, taking both contract revenue as well as external sources into consideration.

After crunching the numbers, there was one clear winner when it came to the highest-paid actors in the world in the past year: George Clooney, who took home a tidy sum of $239 million thanks largely to Casamigos, the tequila company he had a stake in that was sold for $1 billion.

This is an especially impressive achievement when you consider Clooney hasn’t starred in a movie since 2016 (although he did direct a film last year).

I’m sure The Rock is hoping his tequila brand takes off.