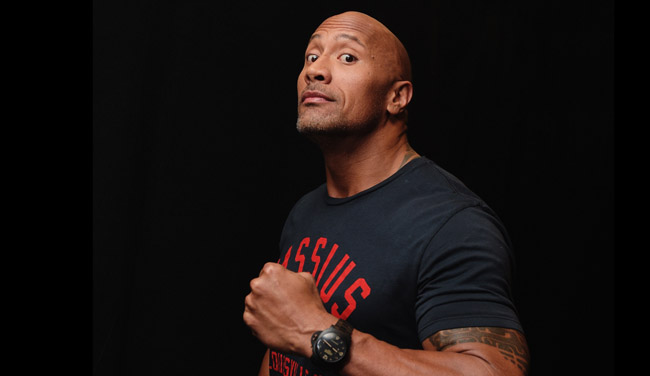 The symbol of the bull has always had a special meaning for Dwayne Johnson. He prominently displayed a tattoo of the animal’s head on his arm back in his wrestling days— a tattoo that’s evolved along with his career. Last year, Johnson had the relatively simple piece of ink covered by an incredibly ornate arm sleeve, a process that took multiple sessions but appeared to be worth the effort involved when everything was said and done.

During the process, Johnson gave fans some insight on the imagery in an Instagram post which included a focus on the idea of an energy called “mana” and ended with #NowLetsBreakOutTheTequila.

However, it appears that Johnson might have been giving some subtle hints about his next endeavor (which is sadly not a movie where the government hires him to punch evil clouds).

According to TMZ, Johnson’s company has filed to secure a trademark for Mana Tequila, a spirit in both a literal and figurative sense. Details are fairly scarce, but unlike Elon Musk’s attempt to bring his own tequila into the world, this would appear to be more than a one-off production.

Johnson is just the latest celebrity to follow in the footsteps of Turtle in Entourage when it comes to making a profit on liquor. George Clooney managed to sell his tequila company for a tidy sum of $1 billion and Ryan Reynolds recently purchased Aviation Gin, where he will play a major role in operations— much like Matthew McConaughey, who just launched his own line of whiskey after working with Wild Turkey for the past couple of years.