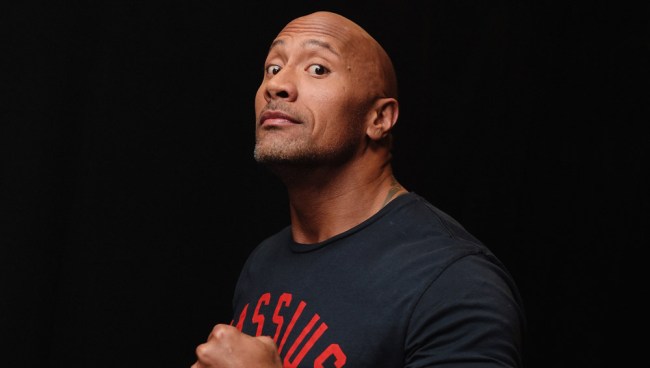 If you ever want to feel underwhelmed about the achievements you’ve made in life, then all you have to do is look at Dwayne Johnson, who has accomplished more in his 46 years on Earth than most Buddhists could ever hope to achieve during all of their reincarnations combined.

After his football career didn’t work out, Johnson became “The Rock” and rose to superstardom as a professional wrestler before pivoting to acting, where he’s starred in a bunch of movies tailor-made for anyone looking for a couple of hours of mindless fun. However, he’s continued to branch out into other areas and shows no signs of stopping any time soon.

Johnson recently announced he’s dipping his toes into the tequila game, and now it looks like he can add one more job title to his résumé: Social Media Influencer. If you’ve ever seen way too many people talking about detox teas on Instagram, you’re probably aware how much money there is in shilling things online, and Johnson wants to make sure he gets a piece of the cash pie.

According to Variety, Johnson asked for a $1 million clause in his contract for social media promotion for the upcoming Red Notice, a movie where he will play an Interpol agent and likely wear a shirt showing off the muscles he’s going to use to fight the art thief he’s pursuing (and hopefully punching a bunch of paintings along the way just for the hell of it).

The payment is on top of the $20 million salary he’ll make for appearing in the movie, which is being directed by Rawson Marshall Thurber— the same guy who did Dodgeball, which seems like an interesting choice. You can expect plenty of posts about Red Notice on whatever social media platforms still matter when the movie is released in 2020.