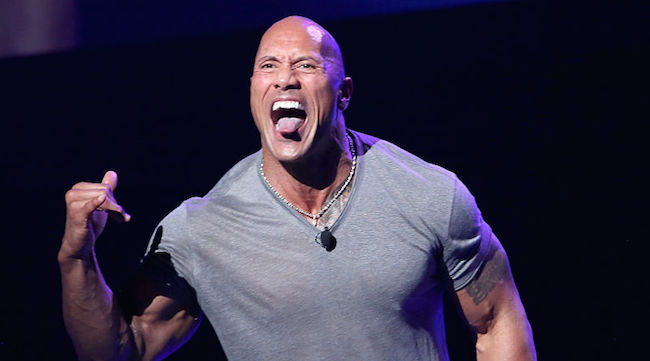 It’s no secret that Dwayne Johnson works out so much harder than you ever will. He’s a fantastic follow on Instagram if you’re a fan of feeling terrible about yourself, and while I’m sure there are some people here that use his posts as inspiration, they almost discourage me from working out because I know I’ll never become the Adonis he is no matter how hard I try.

It’s impossible to knock Johnson’s work ethic— after all, he manages to balance his impressive exercise regime with a virtually nonstop filming schedule— but it’s also hard to deny there are plenty of perks that come with being an A-list celebrity. One of those perks is that you never actually have to go to the gym— instead, the gym comes to you.

Johnson has spent the fast few months in Vancouver filming for the upcoming movie Skyscraper, and he celebrated his last day of shooting by sharing a video taken in a tent containing the 40,000 pounds of workout equipment that follows him to every movie set.

He made sure to give a special shoutout to the crew responsible for setting up his “Iron Paradise,” who will now be responsible for transporting his portable gym to Hawaii. I’m not exactly sure how you’re supposed to lug twenty tons of twisted steel, sex appeal, and heartache 2,700 miles across the ocean, but I guess the possibility of having to face the wrath of The Rock is good motivation.